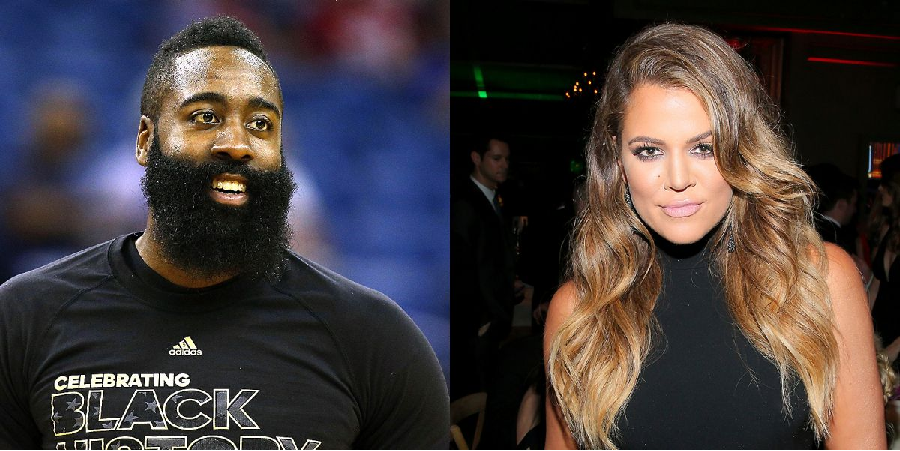 An April episode of Keeping Up With the Kardashians saw Khloé reveal that she hadn’t been on a date since her split with Tristan Thompson in February 2019. As focused as she has been on being single, Khloé’s name does keep popping up as rumor mills continue linking her with Tristan. As the KUWTK couple seems to be reconnecting during the ongoing lockdown, fans are reminiscing about Khloé’s past, which is filled with a dazzling list of rumored lovers. One of the names worthy of keeping up with is Houston Rockets player James Harden. 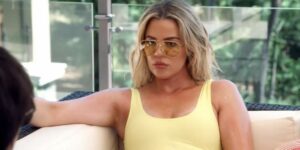 Keeping Up With the Kardashians star Khloé, 36, shares her two-year-old daughter True with ex-boyfriend Tristan Thompson. Khloé started dating the NBA player in July 2016, but called it quits two years later after she reportedly caught her baby daddy cheating. The cheating scandal, which involved Kylie Jenner’s ex-BFF Jordyn Woods, broke the internet, but the celebrity couple seems to have achieved reconciliation. Tristan is currently quarantining in Los Angeles with Khloé and True. If the speculations are to be believed, the couple, who, according to Koko, “are in a really good place” as loving parents, might be reconnecting. Even though Khloé hasn’t disclosed her love life details yet, everyone knows that the KUWTK star has a type. Shortly before meeting Tristan, Khloé was involved in a tumultuous relationship with another NBA enigma, 30-year-old James Harden. The twosome dated for eight months, but Harden has been keeping away from the Kardashians since then. 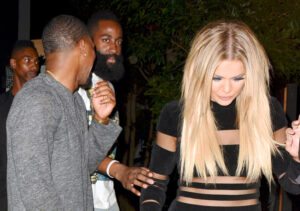 Back in June 2015, Harden, then 25, just signed a brilliant deal of $200 million with Adidas. Khloé was in the middle of finalizing a divorce from estranged husband Lamar Odom. Sparks flew when the two met at Kanye’s birthday in June. The memorable event was held at the Staples Center, which Kim Kardashian booked for her husband’s special day. After this incredible first meeting, Khloé and Harden were spotted quite a few times together, including in Las Vegas over the Fourth of July weekend in 2015. The pair was seen “snuggling side by side” while having dinner and later went to a nightclub (via The Indian Express). But less than a year later, the pair headed to splitsville, and Lamar Odom was apparently the problem. Odom overdosed in a Nevada brothel and his still-wife Khloé rushed to be by his side. After the incident in October 2015, Odom was hospitalized for weeks and later transferred to a private rehabilitation center in January, and Khloé supported him through the entire ordeal. The pair also called off their divorce. By February 2016, Khloé and Harden had split. 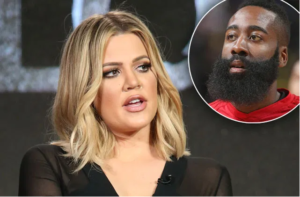 In a 2017 interview with SI, James Harden referred to the relationship as the “worst year” of his life, but not before Khloé accused him of cheating, saying “Koko had to let him go-go” in a February 2016 Kocktails with Khloé episode (via ET). Khloé explained how her relationship with the Houston Rockets player started off casually but he was the one who convinced her to get serious. “He sought me out, he wanted to be committed and you know, then wasn’t committed,” the Keeping Up With the Kardashians star explained. She added, “You know, I just don’t want to put up with people that – you want to be monogamous, but then you’re not monogamous.” James Harden later got on the bad side of the Kardashian clan yet again, after it was revealed that he too was involved with Jordyn Woods. In February 2019, The Blast suggested that the 21-year-old model was also “intimate” with James the night after she was spotted with Tristan, as he returned home from the NBA All-Star game in Charlotte.

Khloé Kardashian’s affinity towards basketball players seems to be a recurring theme—she dated athletes Lamar Odom, James Harden, and Tristan Thompson in a row. The Keeping Up With the Kardashians star might be single for now, but will her next partner be a completely new basketball beau or will she “step back” to be with Tristan? The mystery continues!