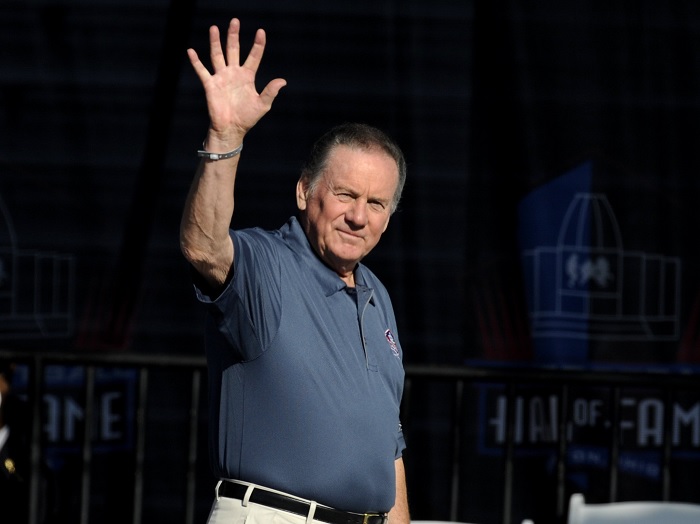 Len Dawson had a long history with the Kansas City Chiefs. The Chiefs great spent 14 years as a quarterback and 33 years as a broadcast pundit with the team. Dawson retired from the NFL in 1976, at the age of 40, after a career in which he threw for 28,711 yards and 239 touchdowns.

The 87-year-old Hall of Fame quarterback, died on the 24th of August 2022 after entering hospice care in Kansas City earlier this month. In the aftermath of Dawson’s death, his wife, Linda, spoke to Kansas City’s KMBC.

“He was a wonderful husband, father, brother and friend. Len was always grateful and many times overwhelmed by the countless bonds he made during his football and broadcast careers, He loved Kansas City and no matter where his travels took him, he could not wait to return home.”

“He loved Kansas City and no matter where his travels took him, he could not wait to return home.”

Len Dawson has died at the age of 87: https://t.co/rRdEugmMD9 pic.twitter.com/cJfMwKtpon

Kansas city chaimn and CEO also released a statement after the heartbreaking news was announced. “My family and I are heartbroken, Len Dawson is synonymous with the Kansas City Chiefs. Len embraced and came to embody Kansas City and the people that call it home. You would be hard-pressed to find a player who had a bigger impact in shaping the organization as we know it today than Len Dawson did.”