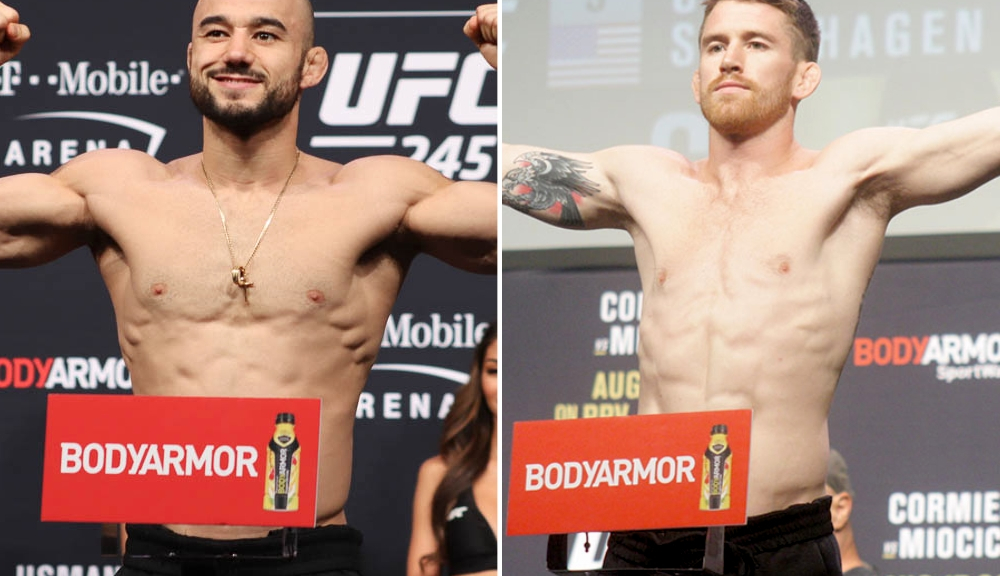 Jordan Ellis: I really like Marlon Moraes in this fight, especially as an underdog. He pretty much steamrolled the entire bantamweight division on his way to a title shot. The Brazilian only fell short due to the incredible ability of Henry Cejudo. Last time out he beat Jose Aldo despite the fact a lot of fans want to discredit that victory. Cory Sandhagen on the other hand is still somewhat unproven at this level. He has height, reach, and youth on his side but lacks elite-level experience. In his biggest test to date, he was easily subbed by Aljamain Sterling so I struggle to understand why he’s the favourite heading into this fight.

Ross Markey: For, Moraes this opportunity against Sandhagen may come with some legitimate title implications. Given the UFC’s hastiness to confirm Aljamain Sterling as the next contender to Petr Yan’s throne, and the fact Moraes holds a rather convincing win over the former – a victory over Sandhagen could potentially see Moraes leapfrog his way into the challenger position. Moraes has been in this sort of position before as well. He was overlooked in favour of José Aldo despite taking a victory over his compatriot, albeit close, but his prior high-level experience should be enough to see him through opposite Sandhagen. Saturday represents another massive, high-profile pairing for the Colorado native, but a change of pace may have benefited him better than a matchup as severe as this. He was out-grappled rather easily by the above mentioned, Sterling in June, but certainly still has the skills to tackle the division’s elite – just not on this occasion I believe.

Karim Nathan: This is a fight I’ve been looking forward to for a long time and I think could be fight of the night. Moraes will come out aggressive and look for an early stoppage but I think Cory has a good chin and will be able to weather the storm in the early rounds, then I think Moraes might start to fatigue as he did in the Cejudo fight and that will allow Cory to fight his fight and win by late stoppage.

Abhinav Kini: I can see this being a Fight of the Night. Marlon Moraes is super explosive and very fun to watch, but as seen in his two previous fights, there are many things that the creative Corey Sandhagen can exploit. Moraes doesn’t seem to have the best gas tank either and if he is unable to finish Sandhagen — who is very durable — in the first two rounds, I can definitely seen this being a late finish or decision for Sandhagen which is what I’m currently edging towards.

Ryan MacCarthy: Im shocked Marlon is the underdog here. Im not very confident in Sandhagen after his fight with Sterling. What we’ve seen Marlon do with his switch kicks, the way he disguises it and throws quick, it’s beautiful. He switches like his feet are on fire. He knocked out Aljamain like that. He knocked out Jimmie Rivera like that. And i believe he will do the same to Cory Sandhagen. I expect to see Marlon looking to chop Sandhagen down, a lot of low kicks initially. And then Marlon weighs heavy on his experience and what it takes to win a five-round fight. I think Marlon is gonna win by TKO. I’m gonna say in the third round most likely. Im surprised he’s the underdog, but i also love it. Great way to make some dough.

Comments about Becky Lynch may have led to the real-life heat between Seth Rollins and Matt Riddle.