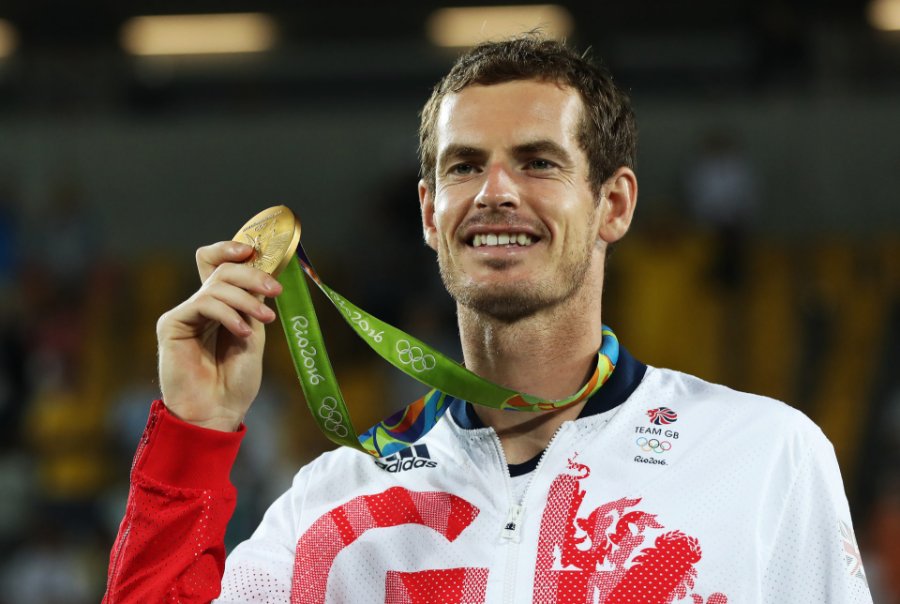 Former World No.1 Andy Murray will be defending his Olympic gold medal for the second time at Tokyo Olympics 2021 after he was announced in the tennis team that will represent Great Britain at the games. Murray is one of the two players who will be representing Great Britain in Men’s singles. The other player is British No.1, Dan Evans.

Moreover, Andy Murray will also play doubles alongside Joe Salisbury. Murray’s brother, Jamie Murray, who is a former World No.1 in doubles is not participating.
“The Olympics means a huge amount to me, it’s a massive honour to be able to compete at a fourth Games,” Murray said. This will be Andy Murray’s fourth straight Olympic Games. And in the previous three attempts, Murray has won two gold medals and a silver medal.

He is the only player to have defended his Olympic crown when he won the gold in 2016. Murray was also the flag bearer for Great Britain at the 2016 Rio Olympics. “Leading Team GB out at the Opening Ceremony five years ago in Rio was one of the highlights of my career. Going to a second Olympics as defending champion is exciting and I’m looking forward to the challenge.”

How did Andy Murray qualify for Tokyo Olympics 2021 despite his lower ranking?
Murray was well below the cutoff rankings for the Tokyo Olympics 2021. However, being a two-time gold medalist and a Grand Slam champion Murray used a quota that reserves one spot for a former gold medalist or Grand Slam champion at the Olympics. And with Murray being a two-time defending champion, it was a no-brainer to award him the spot.

At the 2012 London Olympics, in front of the home fans, Andy Murray defeated Roger Federer to win his first Olympic medal. He would then win a silver medal in mixed doubles in the same year. However, he would make history in 2016 by successfully defending his Olympic gold medal against Juan Martin del Potro at the 2016 Rio Olympics.