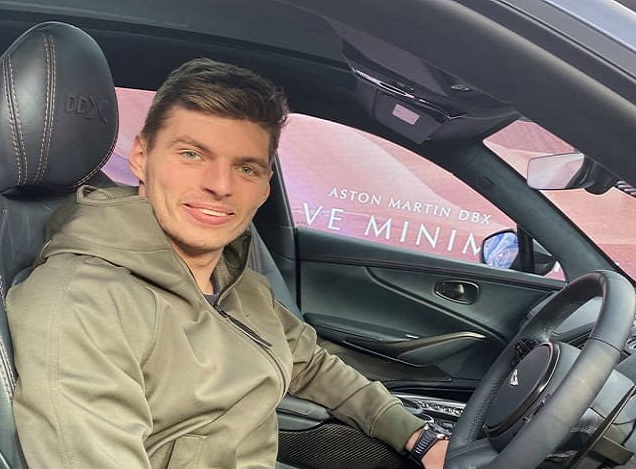 The Red bull team got back to their winning ways with their dominance in the 2021 F1 season that led to them winning the drivers’ championship. Max Verstappen ended up clinching 10 Grand Prix wins and 18 podium finishes to win his maiden world title.

However, the world title comes not only with prestige and bragging rights but also with handsome rewards and worthy sponsorships. He was already the second-highest-paid driver on the grid this year after Lewis Hamilton. However, now there is an expected rise to his net earnings, with multiple rewards coming his way.

Max Verstappen: Net worth in title-winning year
The Dutchman is currently in his 7th F1 season, 6th with the Red Bull team. The wunderkind was exposed to the top stage at the tender age of 17. However, his growth as an F1 driver has been vast and now he is a world champion at just 24. Laurels have been arriving his way after the dominant season. Let’s check out what his net worth looks like after the 2021 F1 campaign.

According to Forbes, Max Verstappen was one of the highest-paid athletes in the world in 2021. Even before he became the world champion, his expected earnings this year were $42.5 million, second only to Hamilton among F1 drivers.

In 2020, he signed a contract renewal with Red Bull until 2023, which provides for a base salary of 22 million euros per season, plus bonuses. This year, he won 10 Grand Prix and the drivers’ championship which take the proceeds to an estimate of $15 million extra.

According to sources, Red Bull received a share of $70 million from F1, a share of which might trickle down to Max in the future. The title win has also affected the brand value of the Dutchman. Dutch newspaper De Telegraaf claims he is “as famous as Cruyff and Van Basten.” His win is crucial in increasing the popularity of the sport in the Netherlands. He became the first Dutch driver to win a Grand Prix back in 2016.

Contracts and Ventures
According to Gazzetta, he has signed multiple contracts, including Jumbo supermarkets, the Ziggo telecommunications group, the fashion brand G-Star Raw, the software company Exact, and the online used car store CarNext. Apart from that, he is also starting his travel company, “Max Verstappen official travel” which organizes tours for fans around the world circuit. The sponsors, and the collateral activities, ensure between 10 and 15 million per year.

The 2021 F1 season was a benchmark setter in many aspects. Max Verstappen must have inspired a generation of young Dutch children to take up the sport. The viewership has skyrocketed this year because of the intense title fight. In the end, Verstappen clinched a serving victory and now finds himself handsomely rewarded for that with respect and, of course, big bucks.

Related Topics:Max Verstappen
Up Next