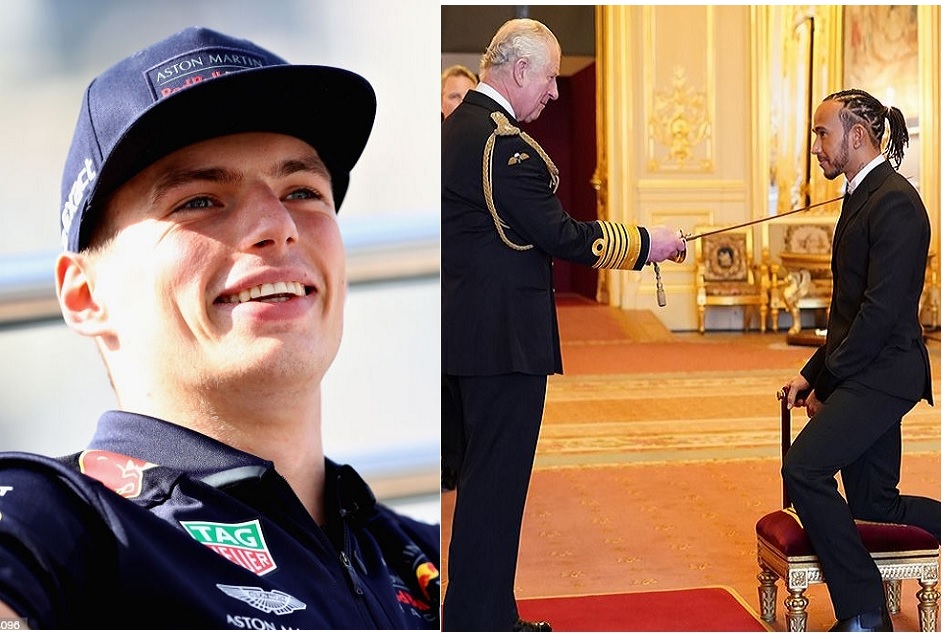 The Englishman was recognised in the New Years’ honours list following his joint record-breaking seventh world title in 2020, matching the record of racing great Michael Scuhmacher.

It no doubt provided a much needed boost for Hamilton, who controversially missed out on an eighth F1 championship to Verstappen in Abu Dhabi.

The Dutchman took advantage of a rather contentious overtaking safety car ruling to nip past the long-leading Hamilton on the final lap of the final race of the campaign, to secure his very first world title. Following his dramatic championship win, Verstappen revealed that whilst he can not become a ‘sir’ in his home of the Netherlands, he believes he does not need such recognition any way.

He commented: “I can’t become a sir in Holland, but I don’t need to either.” Verstappen went on to add that the only recognition he requires of being the world’s best racing driver is his Formula One crown. The Dutchman continued: “I am a racing driver. The title of world champion is enough.”

Whilst Verstappen admitted his win was a lucky one, he feels he and his team were more than deserving of collecting the sport’s biggest prize. He told the BBC: “We have won it on track. People say it was a lucky win. Absolutely, the win was very lucky.

Max Verstappen Net Worth: How Much Money Did the Red Bull Driver Make in His Title-Winning 2021 F1 Season?