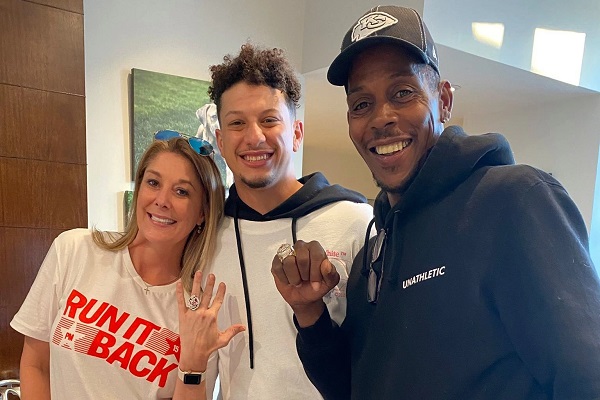 Over the years, Patrick Mahomes’ parents have encouraged their son’s talent. His mother is an event coordinator, while his father is a retired athlete. Even though they are no longer together, they are very interested in and supportive of their son.

who bears his name. From 1992 through 2003, he pitched professionally in Major League Baseball (MLB). The ex-player attended Lindale High School. The father of the quarterback began playing baseball professionally in the 1980s. He became a pitcher for the

Elizabethton Twins in 1988, and in 1992, he made his major league debut. He was traded to the Red Sox in 1996 in exchange for pitcher Brian Looney. The baseball player pitched 21 games for the Boston Red Sox during his tenure with them. In June 1997,

He pitched for three organizations in 2004. These were Nashville, the Albuquerque Isotopes, and Edmonton Trappers. He returned to the independent leagues in 2006. He played with the Sioux Falls Canaries in 2007 before moving on to the Toronto Blue Jays.