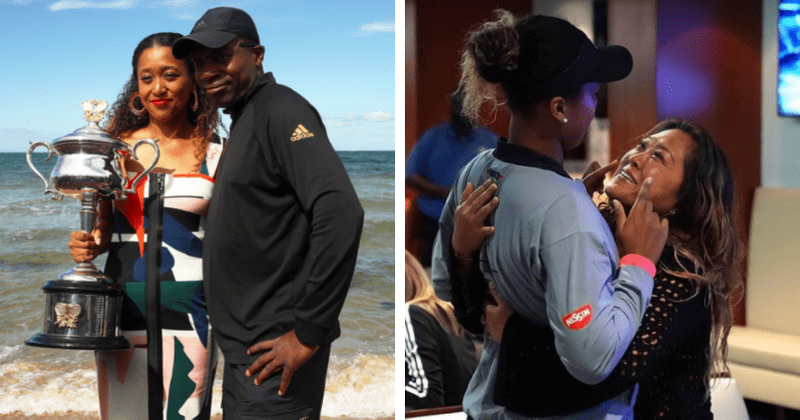 Lindsay Davenport once explained how close Naomi Osaka have been to her parents Leonard Francis and Naomi Osaka and how they have shaped her career.

Shocking the world of tennis, Japanese tennis star Naomi Osaka, who is currently World No 2, made headlines after she pulled out of the French Open citing her mental health. Her decision followed the penalty of $15,000 that was slapped and threats of expulsion after she skipped the post-match press conferences.

Osaka identifies as a Black Asian because her father Leonard Francois, hails from Haiti and her mother, Tamaki Osaka, is from Japan. Naomi was born in Osaka. The couple moved to Long Island to live with Francois’ family when Naomi was three but despite spending most of her life in the US, Naomi Osaka says she doesn’t identify as American.

“I don’t necessarily feel like I’m American. I wouldn’t know what that feels like,” she said in a 2018 interview. “Japanese culture? I love everything about it… And Haiti, if you’ve ever met a Haitian person, they are really positive, and literally, if you’re friends with them, then they will do anything for you. That’s something that is a really good trait, and I’m really happy that my grandparents and my dad’s side of the family is like that.”

Afterward, Osaka posted about her parents and their support: “Also if I could, I want to thank my parents and the crew. Literally these past 2 weeks in NY have been very tough so S/O to them.” “She is very close to her family,” Lindsay Davenport said of Osaka during a segment on the Tennis Channel. “Her parents have done a remarkable job the last few years, grooming this superstar and then stepping back and letting her live her life.”

How Osaka’s father became her coach
Although her father did not belong to a tenis background, Francois took inspiration from the Williams sisters. Just like Richard Williams, tennis coach, and the father of Venus and Serena Williams, Francois watched videos and had Osaka hit thousands of balls a day. Francois continues to follow his daughters’ training and matches closely.