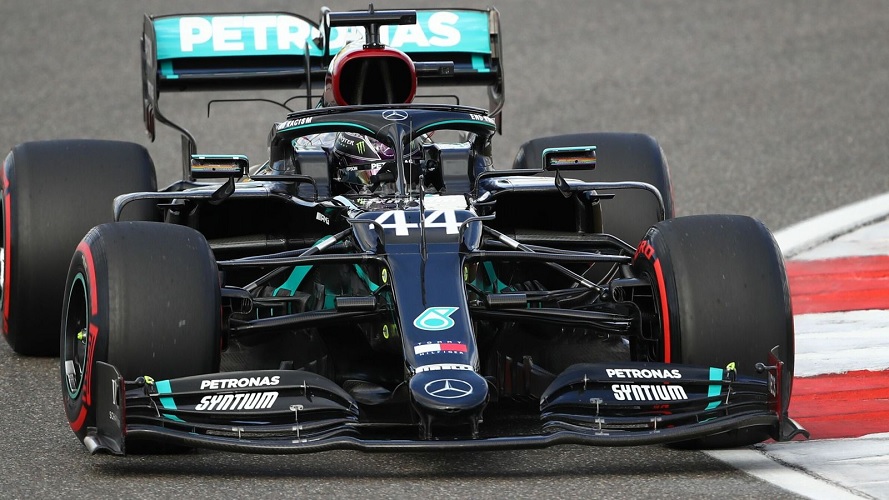 Hamilton was on the cusp of winning an eighth F1 title in December, with the Brit just one lap away from glory. However, the Brit ended up missing out with Verstappen overtaking him in controversial circumstances to win the prize for the first time.

Since then, plenty has been said and written about both Hamilton and what the future could hold for the Stevenage-born racer. Yet Mercedes have now suggested Hamilton will carry on with a cryptic social media post.

They have hinted that Lewis Hamilton won’t retire with a cryptic social media post. The Brit’s future in F1 is currently up in the air following his controversial loss to Max Verstappen in Abu Dhabi. Yet the Silver Arrows appear confident the 36-year-old will take to the grid again later this year.

They uploaded a picture of the 36-year-old, accompanying it with a caption that read: “Adversity causes some to break; others to break records.”

Mercedes’ message can be interpreted as them saying Hamilton won’t break, and will indeed be returning to F1 for another crack at the title.

Related Topics:Lewis Hamilton
Up Next