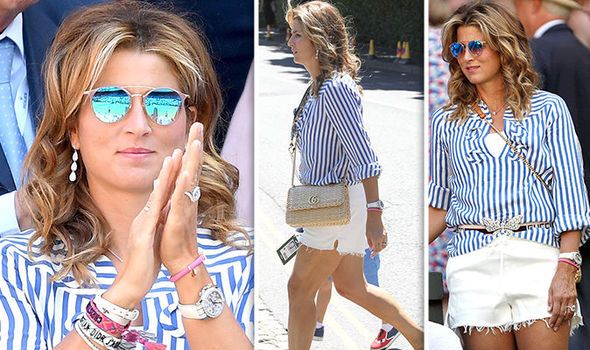 Mirka Federer, the tennis legend Roger’s wife, is one of the most famous Swiss personalities in the world, as the Google research data in Switzerland showed at the end of last year.

Mirka, whose original name is Miroslava Vavrinec, is a former tennis player who achieved a career-high ranking at No.

76 in 2001. She was born in Slovakia but became a naturalised Swiss, she started playing tennis because the Czech Martina Navratilova had told her to do it.

At the 2000 Sydney Olympics, she met Federer, and despite she was engaged with a rich Arab person, according to Italian Magazine Gioia, but at the end, she started dating with the current 20-time Grand Slam champion.

In 2002 she ended her career due to a foot injury, then was her agent for some years before realizing that the job was too much and too stressful, leaving the role to Tony Godsick. In April 2009, they got married in a private ceremony in Basel.

‘When Mirka will get tired of travelling, I will stop’, Roger said a few months ago speaking to reporters. They have four children – daughters Myla and Charlene, sons Leo and Lenny – and Federer didn’t completely deny that he could become a father again, maybe once he ends his tennis career.