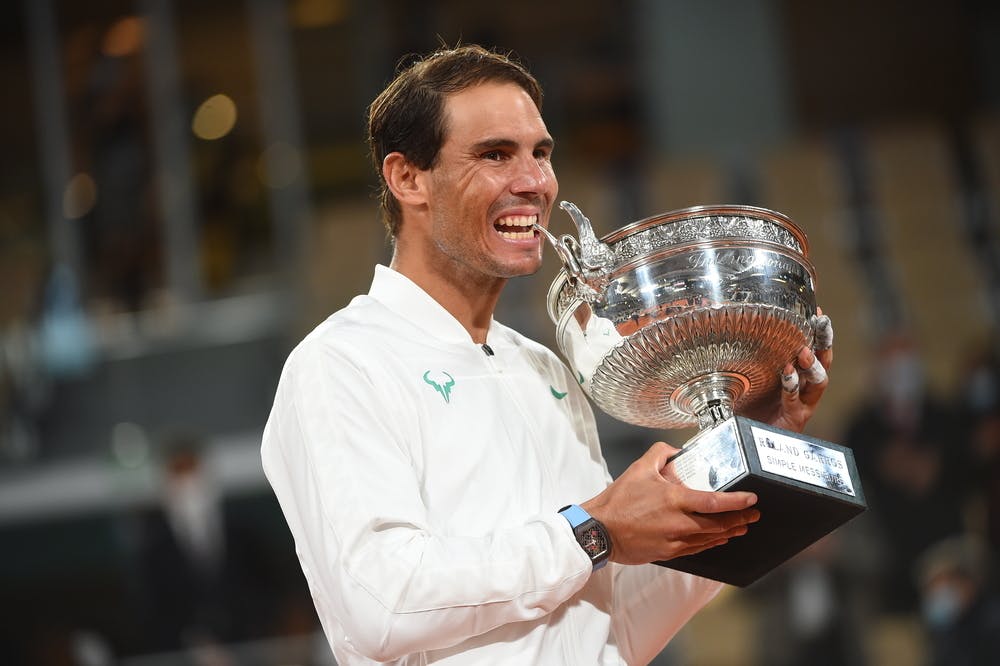 The roof was closed over Court Philippe-Chatrier for Sunday’s final between Rafael Nadal and Novak Djokovic. The floodgates, on the other hand, were wide open.

With a breathtaking, pitch-perfect performance, Nadal added another chapter to tennis’ most astounding legacy on Sunday in Paris, as he raced past world No.1 Djokovic 6-0, 6-2, 7-5 to claim a record 13th Roland-Garros title.

Nadal’s joy was tempered by his recognition of the fact that the world is going through a very difficult challenge due to the coronavirus pandemic. He shared messages of hope and encouragement on court after the final, and echoed those sentiments in his press conference.

“Of course, it is an important day for me, but I’m not stupid, no? It’s still a very sad situation worldwide. If you ask me what’s my feeling, of course I am super happy,” Nadal said. “On the other hand, I am not that happy as usual because the situation is tough for most of the people around the world.”

The Spaniard’s legion of fans were surely smiling ear-to-ear.

With his latest Paris coronation Nadal earns his 20th major title, drawing level with Roger Federer atop the men’s singles Grand Slam title list for the first time since the Swiss won his maiden major at Wimbledon in 2003.

Players with 20+ Grand Slams in the Open Era:

What a crew 💪#RolandGarros pic.twitter.com/eQuRI74Evl

Nadal says sharing the record with Federer means a great deal to him, but he was quick to add that there’s a lot of tennis history that has yet to be written.

“In terms of these records, of course I care,” Nadal said. “I am a big fan of the history of sport in general. I respect that a lot. For me it means a lot to share this number with Roger, no? But let’s see what’s going on when we finish our careers – we keep playing.” 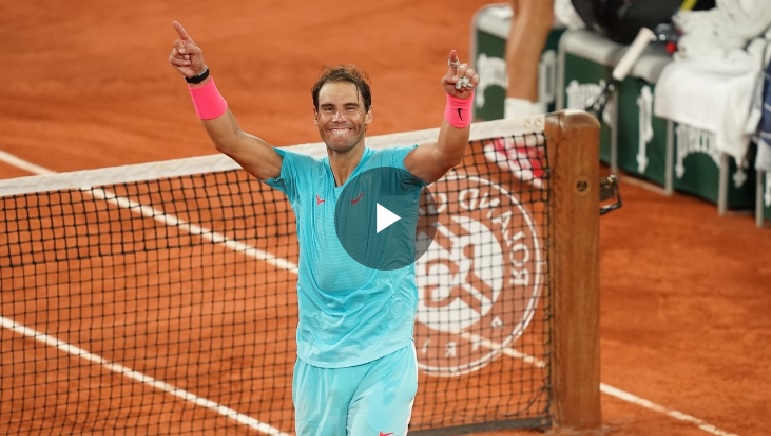 ‘I played at my highest level when I needed to’
Nadal told reporters that he was particularly pleased by his ability to overcome all the challenges that he faced during this unique clay-court season. With just three matches under his belt since coming out of quarantine, he came to Paris undercooked and made no secret about the fact that he felt the chilly, heavy conditions did not suit his game.

“I played at my highest level when I needed to play at my highest level, so [that is] something I am very proud of,” he said. “The personal satisfaction is big because under the circumstances that we played this Roland-Garros, even if I played an amazing match this afternoon, the conditions are a little bit not the conditions that I will choose to play an event like this.”

After a 51-minute second set Nadal led 6-0, 6-2, with just six unforced errors on his side of the stat sheet. The third set was tight, but after a trade of breaks early, Nadal reached the finish line by taking the final three games, locking up the title without a single set dropped for a record fourth time.

Since he first hoisted the Coupe des Mousquetaires on his Paris debut in 2005, Nadal has spent fifteen years fighting off challenges from those who seek to send him tumbling from his clay-court throne, but the 34-year-old Spaniard refuses to relent in his quest for all-out domination on the terre battue.

“Today you showed why you are the King of Clay,” Djokovic said on court after the final. “Today I felt it with my own skin.” 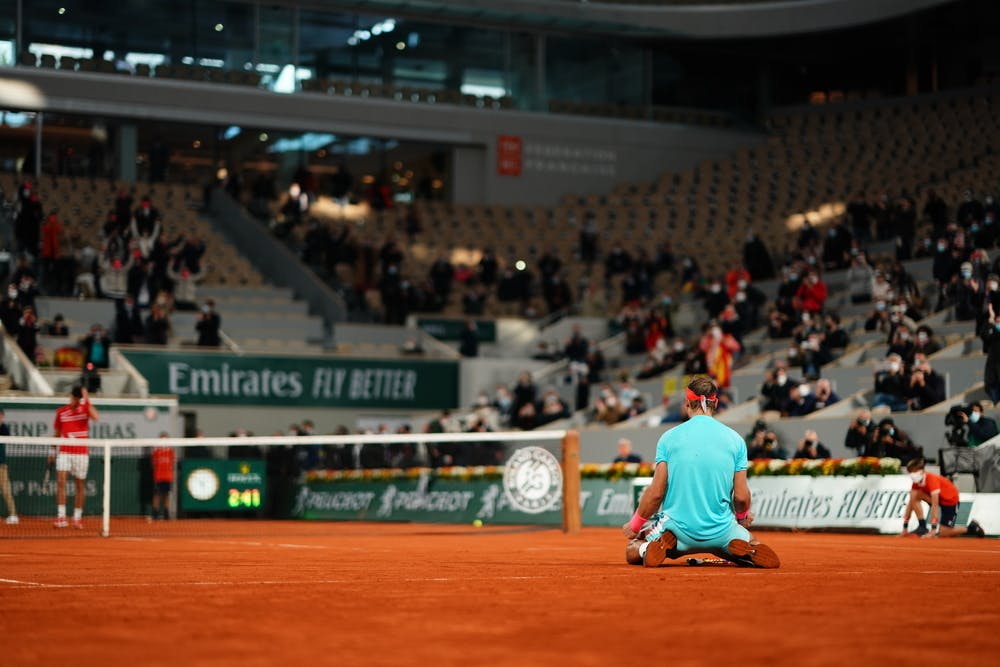 After championship point was won, he dropped to his knees and relished what he perceived to be an improbable conquest.

“For me, honestly, one month and a half ago if you tell me you’re going to have this trophy with you again, I will say, this year will probably be too difficult,” he said.

SWIATEK STILL IN SHOCK BUT READY TO EMBRACE NEW STATUS