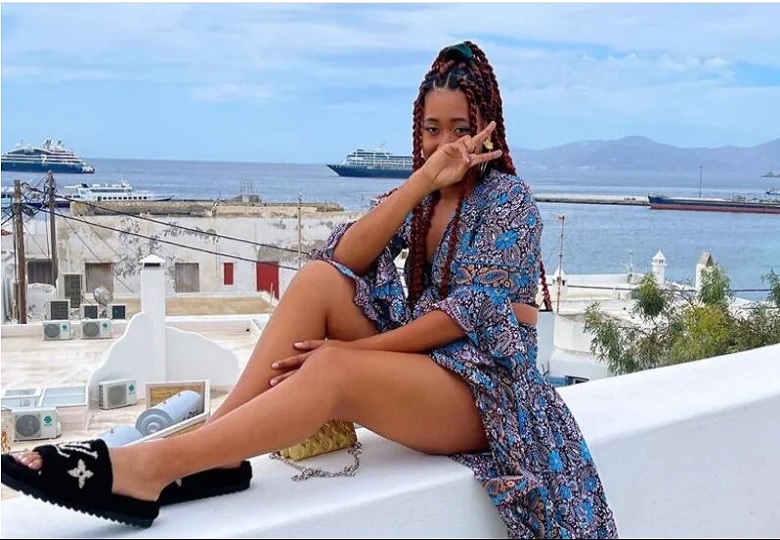 World number 3 and four-time Grand Slam tennis champion Naomi Osaka has continued to give us some more great travel inspiration this week as she extends her vacation in Greece.

From posing in front of the Temple of Isis, to relaxing on a boat and hanging out at Little Venice with friends on the island of Mykonos, the Japanese professional tennis player has been taking advantage of some hard earned time off, by relaxing and sight-seeing her way around Greece.

Sharing her holiday photos across social media, including her Instagram and Twitter accounts, Osaka’s most breathtaking snap is taken as she poses in front of the restored Temple of Isis, the archaeological site of the Greek Island of Delos.

Osaka has been ranked Number One by the Women’s Tennis Association and is the first Asian player to hold the top ranking in singles as well the first player from Japan – man or woman – to reach the number one position.

Osaka’s much needed Greek holiday comes after her earlier than expected exit from the US Open Tennis Tournament last month, following which she shared an emotional message revealing that she would be taking a break in order to prioritise her mental health.

“I feel like for me recently, when I win I don’t feel happy, I feel more like a relief. And then when I lose I feel very sad. And I don’t think that’s normal,” she said last month, revealing that she had been battling bouts of depression despite her enormous success.

“I feel like I’m kind of at this point where I’m trying to figure out what I want to do, and I honestly don’t know when I’m going to play my next tennis match.”

What better than a holiday in Greece to provide the tennis star with the rest and relaxation time that she very much needs.