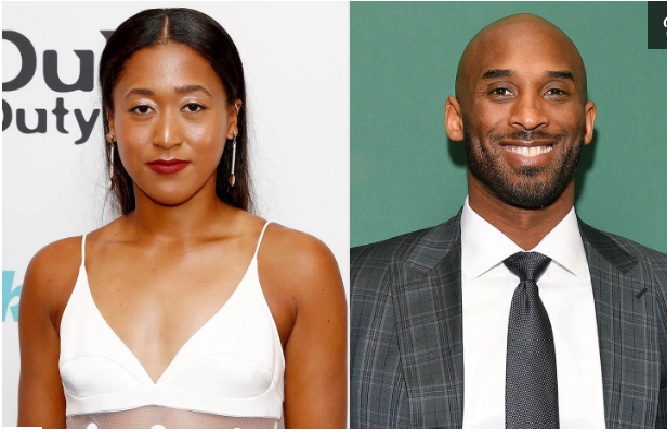 “I didn’t text him that ’cause I didn’t wanna feel like a loser, and now I’ll never have the chance to talk to him again,” Naomi Osaka said of not reaching out to Kobe Bryant. Naomi Osaka is opening up about her close bond with her late friend and mentor Kobe Bryant.

In the second episode of her Netflix documentary Naomi Osaka, which documents her life for two years after her 2018 U.S. Open victory over Serena Williams, the tennis star shares a candid moment during her grieving process following the news of the NBA icon’s death.

In a selfie video recorded on Jan. 27, 2020, one day after the Los Angeles Lakers legend’s death in a helicopter crash alongside his 13-year-old daughter Gianna and seven others, Osaka tearfully talks about her admiration of Bryant’s famous Mamba mentality and influence.

“It’s so amazing how one person can, like, touch the hearts of so many people. I’ve been walking around and there’s so many people with Bryant jerseys on,” Osaka, 23, says in her self-shot footage after showing that she changed her lock screen background to a black-and-white portrait of herself and Bryant, whom she met in June 2019.

“When I talked to him, I felt so similar to him. Like the way he was talking, the way he would describe how, I don’t know, he would do things to get under his opponents’ skin or whatever. I was like, ‘That’s literally what I do.’ So I’m feeling like I let him down, like, I’m supposed to carry on his mentality in tennis and here I am like, having what … I haven’t won a Grand Slam. Like, I’m losing matches because I’m mentally weak, and he’s … that’s so uncharacteristic of him,” says Osaka, who just three days before on Jan. 24, 2020 had lost to American phenom Coco Gauff in the third round of the Australian Open and was unable to defend her 2019 title.

“We’re having all these talks and I’m not even doing what we’re talking about. So it’s like I’m just gonna text him again, like, ‘How do you heal with this situation?’ And then I didn’t text him that ’cause I didn’t wanna feel like a loser, and now I’ll never have the chance to talk to him again. I don’t know, like wow,” she says.

Osaka’s coach Wim Fissette also speaks about the athlete’s reaction to Bryant’s death, specifically how the loss impacted her performance at the 2020 Fed Cup qualifier against Sara Sorribes Tormo on Feb. 7, 2020. “The death of Kobe was a real thing that upset her. They were close,” he shares of Osaka, who broke down in tears after losing to Tormo.