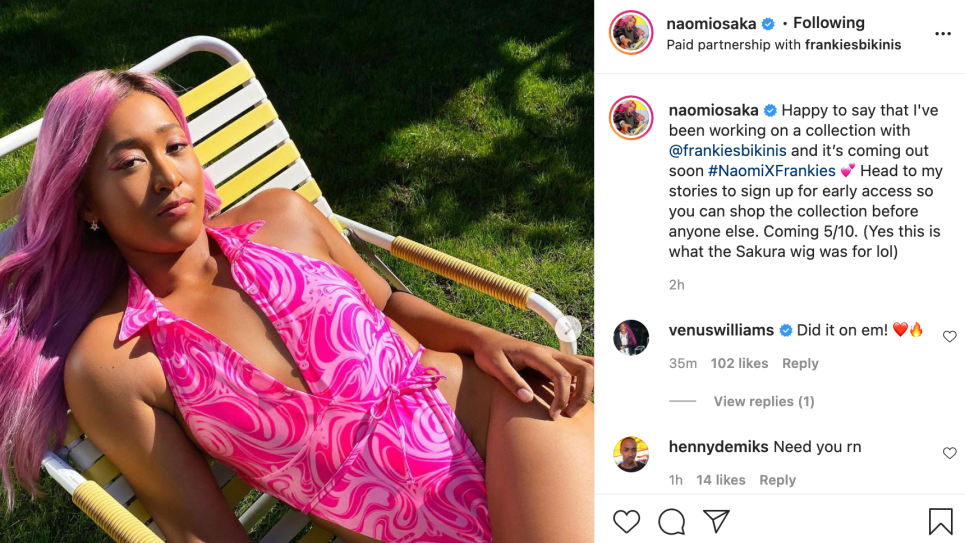 to create her own swimwear collection, Naomi x Frankies. The announcement, which came via a stunning photo of Osaka in a pink one-piece and matching wig, 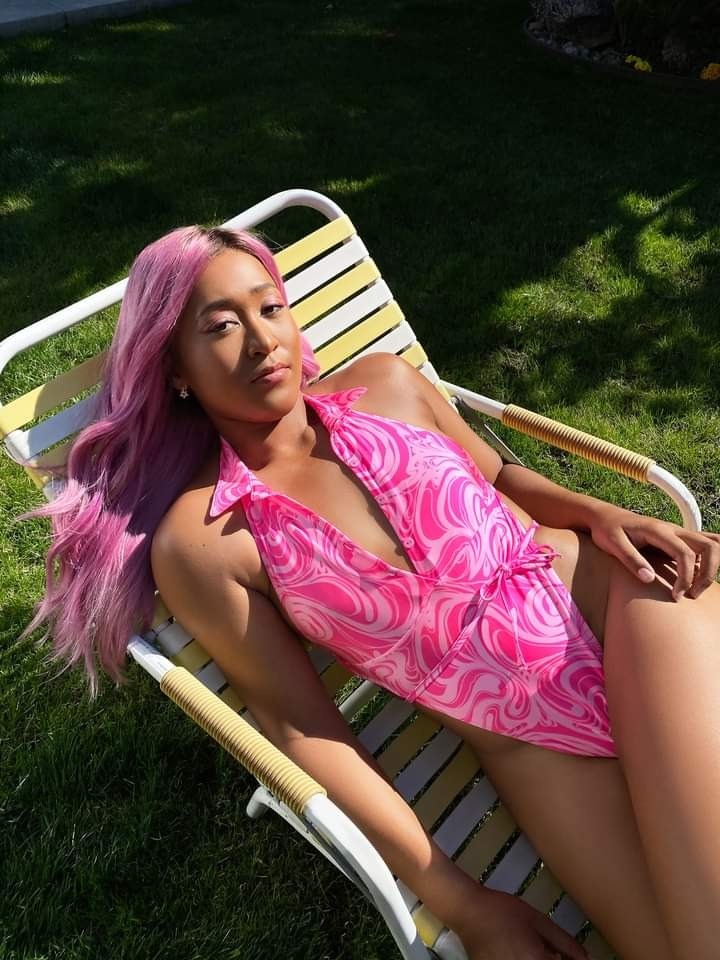 is the latest in the athlete’s collaborative projects which are mere paving blocks in what will be the story of one of the greatest athletes to come out of the new, younger generation.

Osaka’s line drops on May 10 which means fans can be fully prepared for Shot Girl Summer well in advance. More importantly, this drop is occurring during Taurus season—the best astrological season—which means this particular drop will be well-grounded and go the distance. 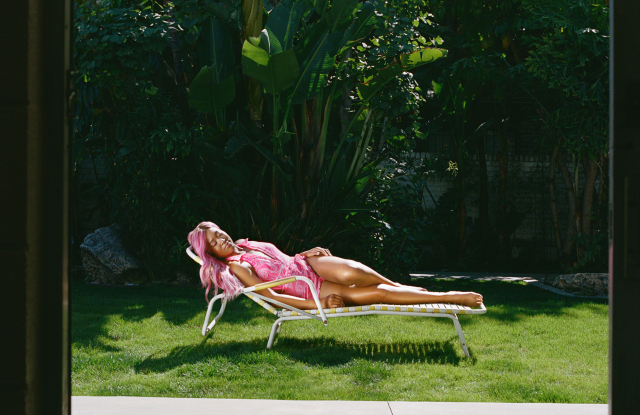 Or it could just mean that I will spend all my coins on new bathing suits to wear around my apartment, I’m not an astrologer so it’s really hard to tell.

Osaka’s post is the only clue so far as to what the line will look like, but she did post a short video in her stories sporting a sparkly pink bikini top with the same wig, so safe to assume pink will be the theme of this collection. It is Naomi Osaka’s Barbie world and I just want to be a Barbie girl!

Serena Williams vs Venus Williams, Who has the rich life ?

“Never Thought I Would Love Being a Mom”: Serena Williams Opens Up About Her Journey as Mother