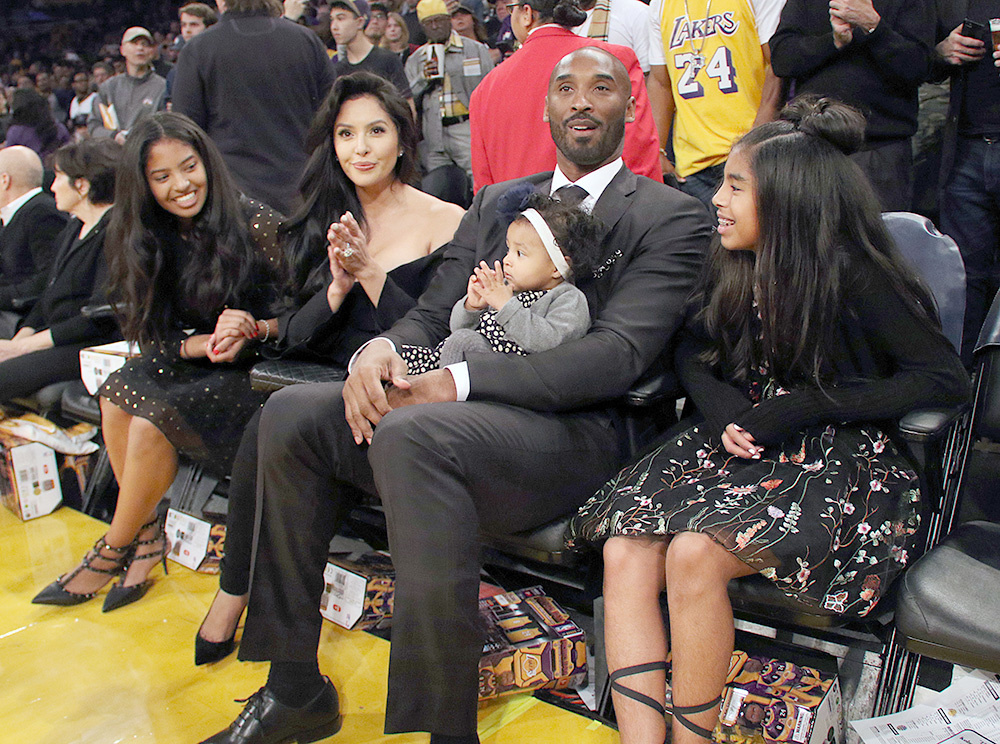 Kobe Bryant & His Daughters — Photos Of The NBA Star With Kids. The late Kobe Bryant was, in his own words, a dedicated Girl Dad. The Basketball Hall of Fame member absolutely loved his four daughters — Natalia, Gianna (aka Gigi), Bianka, and Capri —

and adored his wife of 19 years, their mother, Vanessa Bryant. Before he and Gigi died in a horrifying helicopter crash in January 2020, he was her biggest fan as she followed in his legendary footsteps as a basketball player.

The Los Angeles Lakers great was once asked if he was disappointed to have four daughters, and not a son to carry on his legacy. He shot back that his legacy would be just fine with his beautiful, talented girls.

READ DEEPER  Vanessa Bryant Daughters, Bianka And Capri Learn How to Ski And Snowboard in Latest Post by Their Mother

Here, you can see Kobe attending the Los Angeles premiere of ‘A Wrinkle in Time’ with wife Vanessa, and his two eldest daughters, Gianna and Natalia Bryant. The premiere took place in Los Angeles in February 2018, two years before his and Gigi’s tragic deaths. To see more photos of Kobe with his family, scroll through this gallery.

Vanessa Bryant, from left to right, Natalia Bryant, Gianna Bryant and Sofia Laine attend the game between the Los Angeles Lakers and the Indiana Pacers at Staples Center in Los Angeles on Nov. 29, 2015. The quartet of women were there to support Kobe Bryant.