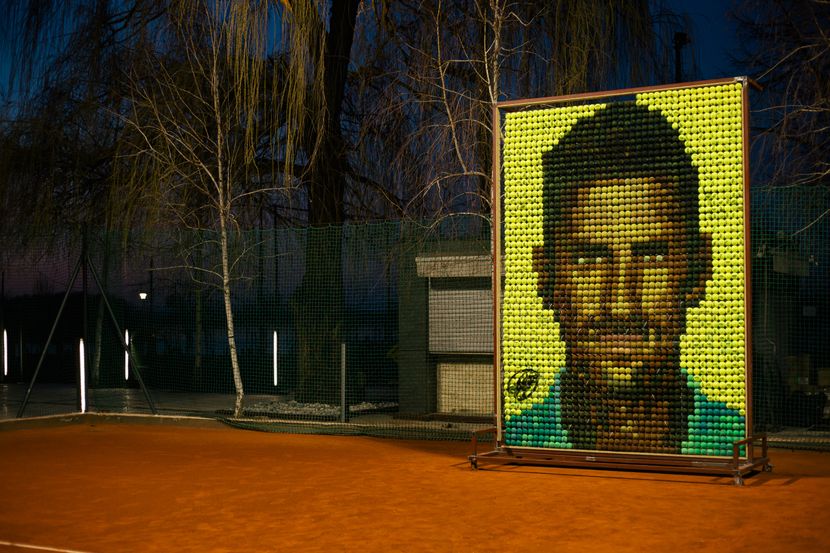 Novak played tennis blindfolded, then got a mosaic to mark the dethroning of Roger Federer

A large mosaic made of tennis balls depicting Novak Djokovic, the first of its kind in the world, was unveiled today on the plateau of the Novak Tennis Center in Dorcol, Belgrade! 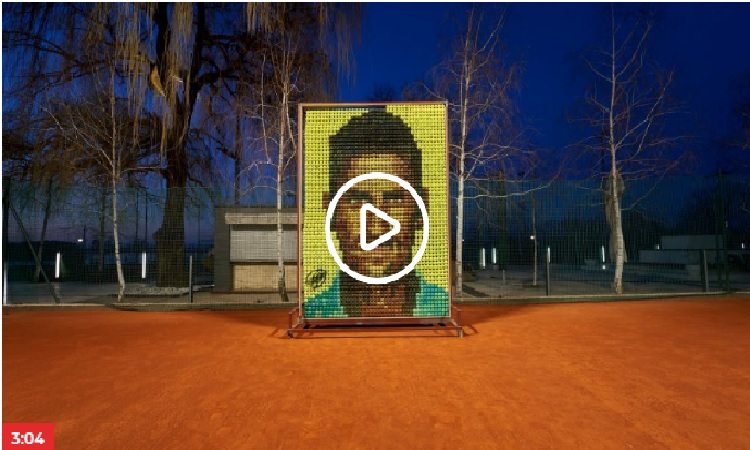 The reason for this artwork, called #2177, created by architect and street artist Andrej Josifovski, came from his desire to mark the first day of a new record: the most days a tennis player has spent at the top of the ATP list. 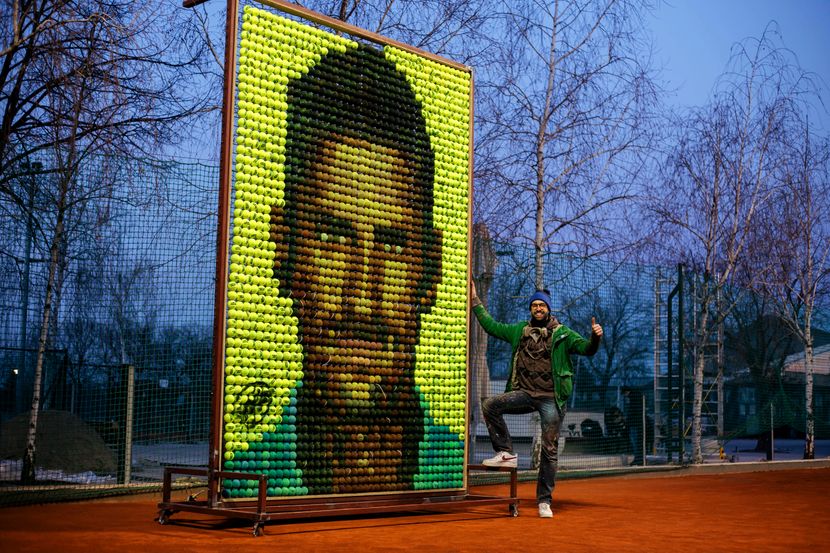 The work to create the portrait made of tennis balls lasted three days, from Thursday until early Sunday, when the last ball was placed in the mosaic shortly after 3 o’clock in the morning.

“The balls are fastened onto a wire mesh, which symbolizes the unsuccessful attempts to bring Novak down from the tennis throne.

However, that’s not the case because of unforced errors of his rivals, but because he is simply better than everyone in many tennis skills.

“His constant assistance to disadvantaged children, large donations towards education, preschool programs, healthcare, the fight to increase the wages of the lower placed players on the ATP tour, his care for his colleagues and for the future of the sport… make him a true hero.”

The artist stresses that the size of the exhibition symbolizes the great love and affection that the Serbian people feel towards Djokovic.

How the Djokovic mosaic was created 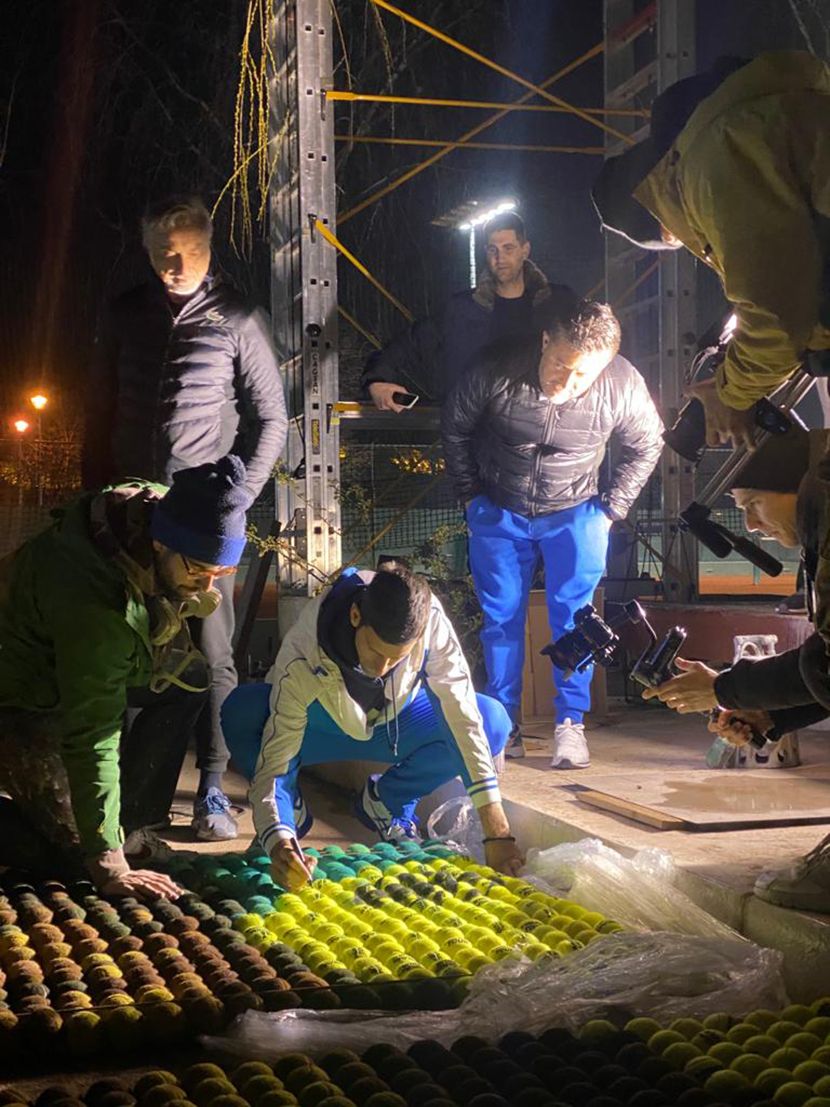 “I think that the morale of the nation survives mostly thanks to his sporting victories. Of course, there are other great athletes who spread the glory of the Serbian people around the world, but in my opinion,

he is certainly the greatest among them given that he comes from a small country, that he is where he is solely thanks to his own merits and his family’s merits. And that is exactly what they don’t forgive him, because sport has long ceased to be just sport,” the artist concludes his thoughts. 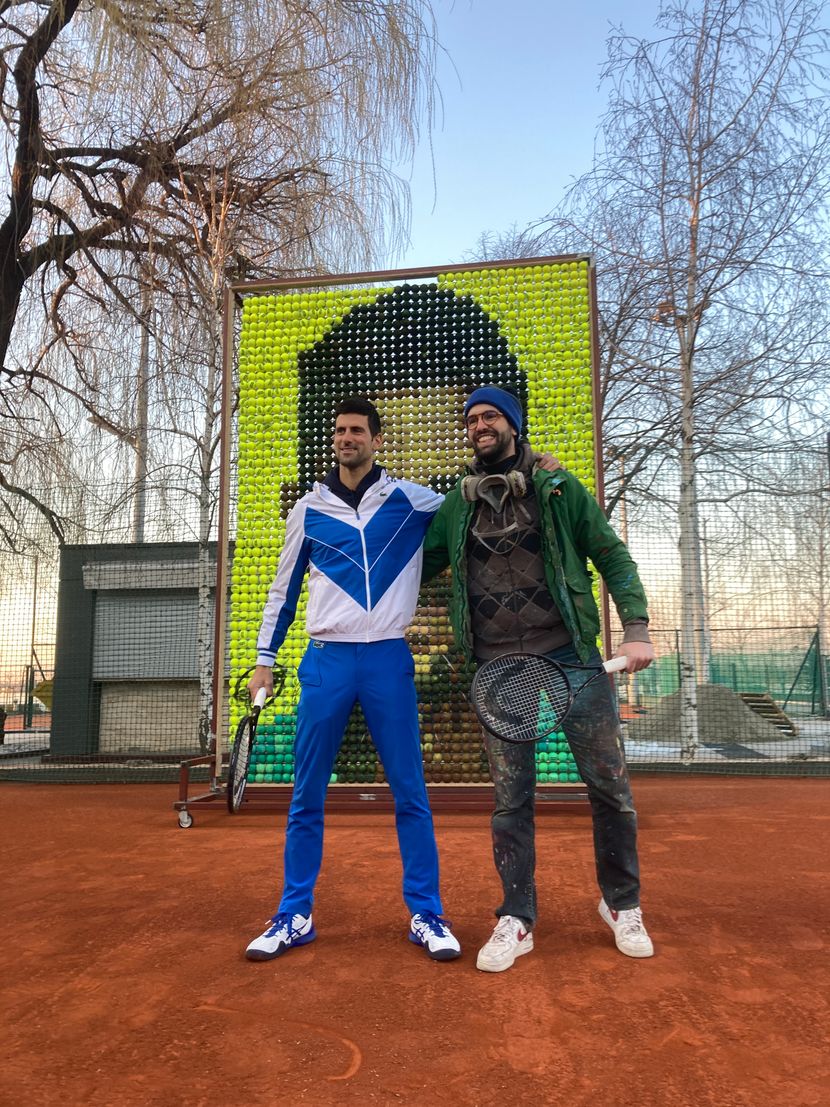 Everything got easier when Novak joined the creation of the installation, blindfolded. The artist, nicknamed Pijanist, and Novak crossed the spray and the racket on the tennis court at that time, and what was created remains a unique part of the cultural heritage of the region.

In order for this project to be realized, a whole team of people helped, starting with Jelena Djokovic who organized everything the artist needed, through the Novak Djokovic Foundation, Soultime Media Team, the Novak Tennis Center and all others who participated.

Related Topics:BelgradeNovak Djokovic
Up Next