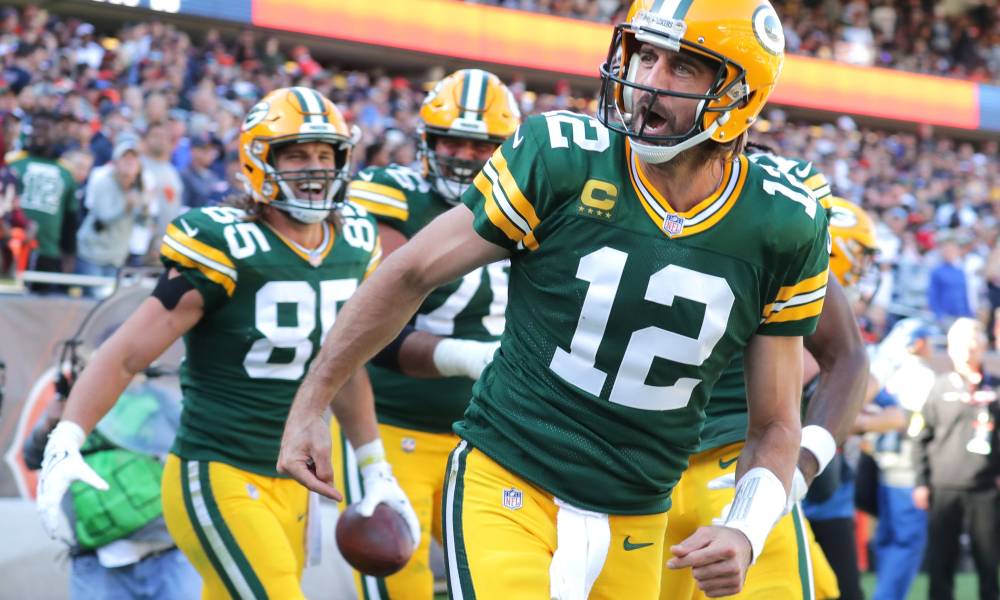 Aaron Rodgers has dominated every NFC North team in his last two seasons. He’s made Bears fans, Vikings fans, and Lions fans hate him even more over the years as the Packers have played some of their best football against their rivals.

ESPN’s Field Yates put out quite the fun fact about Rodgers on Tuesday afternoon. In his last two seasons, Rodgers has thrown 38 touchdowns and zero interceptions against the Packers’ three rivals.

Over the past two seasons, Aaron Rodgers has thrown 38 touchdowns and *zero* interceptions against NFC North opponents. https://t.co/HwuHLkGQxf

This is almost unheard of when it comes to playing against your division. NFL fans had some mixed reactions to this stat. “I think it’s about time we put an end to this one,” Pride of Detroit tweeted.

Too bad Aaron Rodgers can’t play an NFC opponent in the NFC Conference game and Superbowl, maybe he’d get another ring. https://t.co/TJINtNfhUt

I think it’s about time we put an end to this one. https://t.co/DOee0F5HqC

ah yes, don’t count the 2019 season because 3/4 of his ints came against NFC North opponents 👍🏽 https://t.co/RHMgVGdwl4

We’ll see if Rodgers can translate this level of success to teams outside the Packers’ division when it matters most.