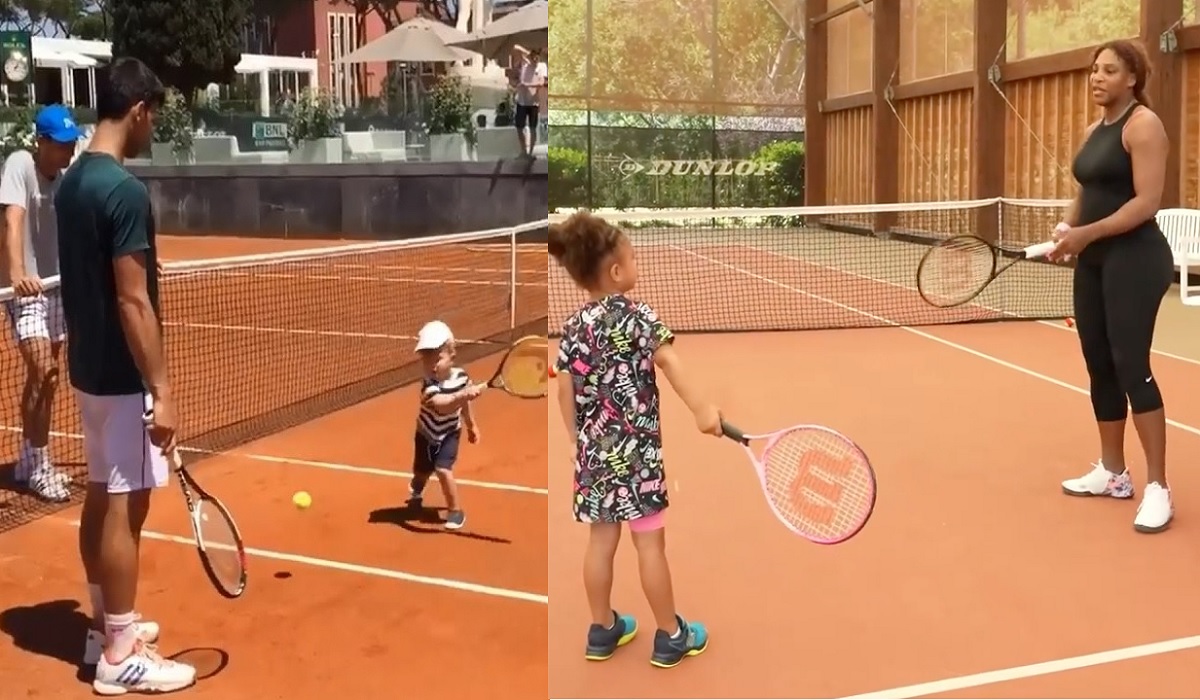 Novak Djokovic is getting ready to defend his title at Wimbledon Championships 2021. He is now playing doubles in Mallorca and with him is his son, Stefan, who is also his training partner! The father and son duo have broken the internet after several videos of Stefan playing tennis with Novak started circulating.

Now again, Stefan has moved forward in learning more from his father. In a video released by ATP, Stefan is playing with Novak on the grass courts of Mallorca. Initially, Stefan was playing a forehand, but at the start, Novak was a bit annoyed after his son messed up his forehand grip. But when Stefan corrected his grip, he hit some strong forehands.

Earlier, when Stefan was playing with Nole, he was hitting a more looping forehand like Rafael Nadal. But in this video, it was much flatter. As Djokovic was happy with his son’s forehand, he switched to the backhand. There Stefan hit a very similar backhand to Novak’s backhand. Stefan had a good swing at the ball, which then left Novak on the ground as he dived to return his son’s backhand.

Djokovic returned a high ball to which Stefan tried to smash after its bounce. But Stefan miss-hit the ball, and it didn’t go over the net. The overhead smash was again troublesome for the Djokovics.

Novak Djokovic on his son, Stefan training with him
Novak Djokovic came to Mallorca after successfully lifting his second French Open title and becoming the first player to win all the Grand Slams twice. Now as he moves to another bubble in London for Wimbledon, he is happy to spend some time with his six-year-old.

“Now he was very inspired to come and play on grass. For him, it was a new experience, and he likes it a lot, he likes to dive and so forth. He was watching my practice, and picking up balls and in the breaks, he was playing as well, with me, my brother, with my coach. It’s amazing,” Djokovic said.

Djokovic is a long way behind Serena Williams in teaching his son tennis. Serena’s daughter, Olympia has been taking lessons and now Serena is teaching Olympia some techniques that her father had taught her.