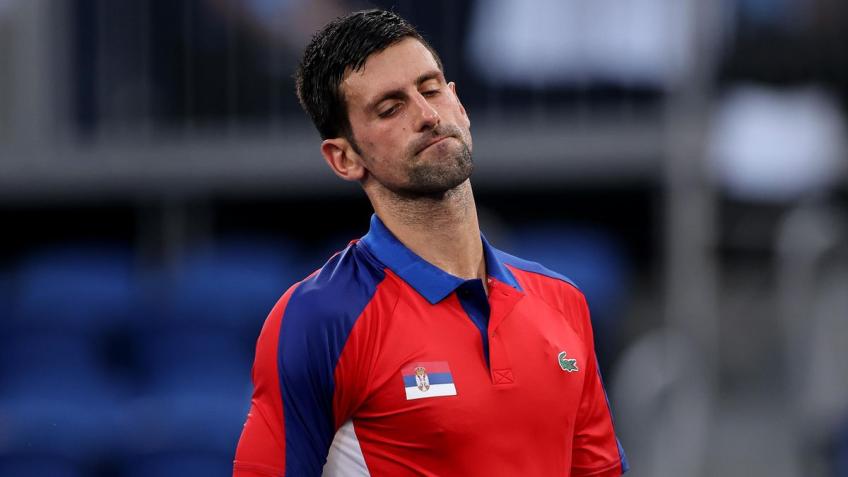 Novak Djokovic failed to win any medals at the Tokyo Olympics. The Serbian champion lost the final for third and fourth place to Pablo Carreno Busta and decided to retire from the mixed doubles “final” due to a problem in his left shoulder. The Belgrade, who had to say goodbye to the Golden Slam dream,

appeared to be quite worn out from a physical point of view and in the third set could not keep up with the pace imposed on the exchanges by a formidable Carreno Busta. After all the triumphalism and praise wasted in recent months and, especially in recent weeks, on the possible Golden Slam, now Djokovic will have to reset everything he experienced in Tokyo:

physical and mental energies, the physical problem, in order to play the US Open at his best. In the end, even a robot like Nole proved to be human, and he too, after years of titles and triumphs, felt the pressure of an important event, showing for the first time signs of mental fragility, as had already happened in the French Open.

“I hope the physical consequences of my participation don’t create any problems for the US Open. It’s something I’m not sure about now, but there are no regrets: you have to give everything for your country. I hope this doesn’t stop me from playing in the US Open.

I am very sorry that I have not won any medals for my country. I did not complete the assignment I had, both yesterday and today. My tennis level has dropped, also due to physical and mental fatigue. But I don’t regret coming to the Olympics.

I believe that there are no coincidences in life and that everything happens for a reason. I have had some very painful losses in the Olympics and in the big tournaments, but I also know that these losses have made me stronger.

I know I’ll get up. I will try to be there in Paris 2024 to win a medal for my country. This is the third time I have lost in the semifinals at the Olympics and by my standards I have won only one medal. I am sorry to have disappointed the Serbian fans, but this is sport. I gave everything I had, but what I had left in the tank wasn’t much and it wasn’t enough.”

HEARTBREAKING: Naomi Osaka Sympathizes With the Fatal Situation in Her Home Country, Haiti