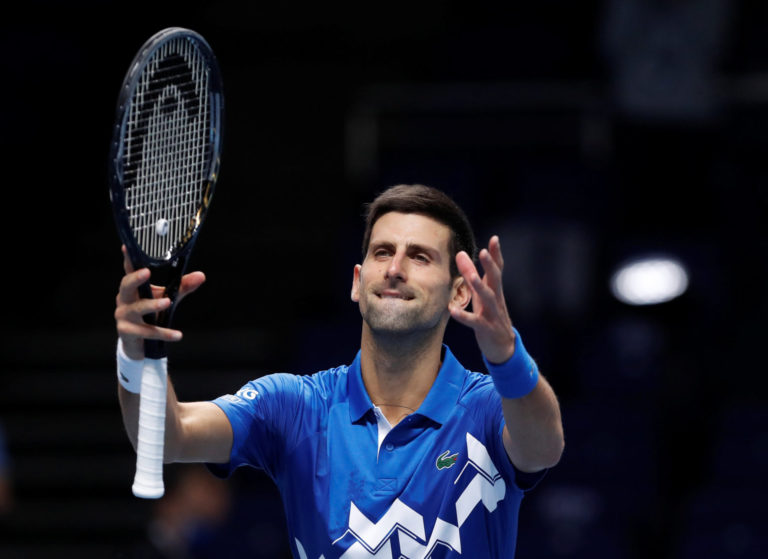 World No.1 Novak Djokovic is famous for his unique style. Recently, the Serbian legend gave new year’s wishes to his fans on social media through a video. The Novak Djokovic Fan Club (Nole Fam) sent one of their International Ambassadors to meet Djoker and take his wishes.

The ambassador even presented a beautiful gift to Djokovic. It was a notebook that contained lovely and emotional messages from his fans. The Serbian became really cheerful and even gave a mesmerizing message to all his fans.

You are so loved Novak!! 🥰 pic.twitter.com/GKX4lPStFz

“Hey, Nole Fam, first of all, thank you so much for this amazing present… I will take a little more time to go through them. I really appreciate your support,” said Djokovic.

“I wish you very best for 2021 and lots of love, happiness, and most of all health, which we need these days more than ever. Big hug,” concluded the 17-time Grand Slam winner. 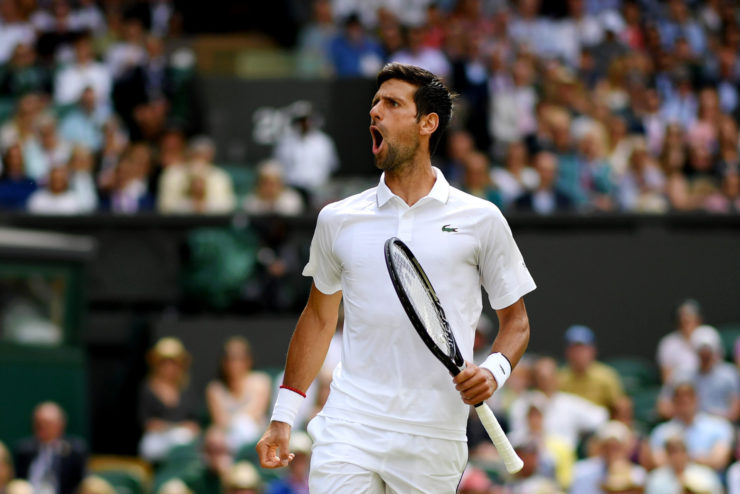 LONDON, ENGLAND – JULY 01: Novak Djokovic of Serbia celebrates in his Men’s Singles first round match against Philipp Kohlschreiber of Germany during Day one of The Championships – Wimbledon 2019 at All England Lawn Tennis and Croquet Club on July 01, 2019 in London, England. (Photo by Shaun Botterill/Getty Images)

The Serbian remained World No.1 throughout the 2020 tennis season. He began the year on a high winning the ATP Cup first, followed by the Australian Open 2020 title.

In total, he won 4 ATP titles in 2020, keeping him only behind Andrey Rublev who won 5 such titles in 2020. However, the only disappointing thing for him would be his unlucky disqualification from the US Open 2020. He was playing so well and was looking strong to win the title.

Roger Federer: ‘I was very worried when Mirka was expecting twins