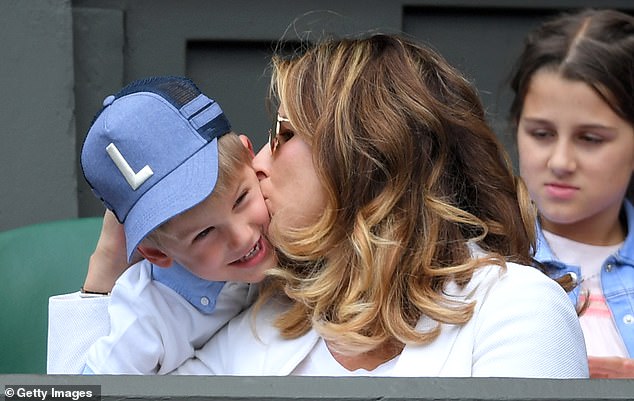 Roger Federer was cheered on by his wife and children.

The Swiss tennis ace, 38, is playing South Africa’s Lloyd George Harris at the All England Lawn Tennis and Croquet Club in London. 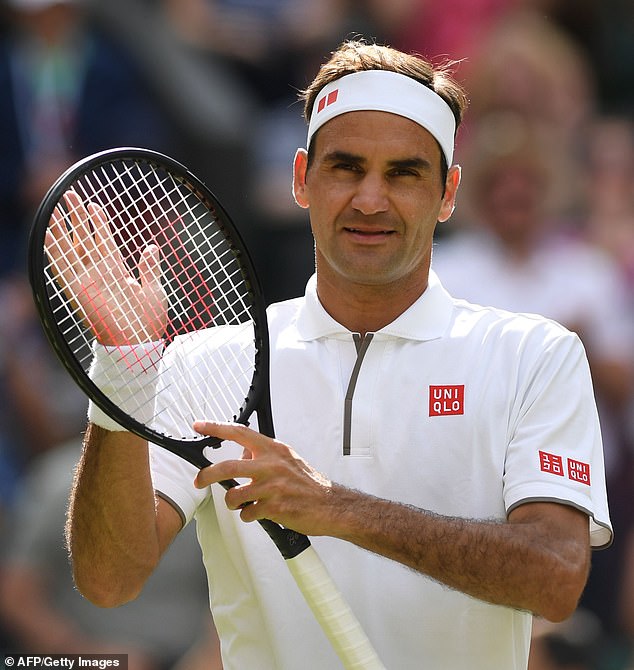 He was supported by his twin girls Myla Rose, and Charlene Riva, nine – but his sons Leo and Lennart, five, appeared unimpressed as their father took to Centre Court.

Leaning against the railings with their hands on their face, it took one hug from their doting big sister to make them break into a smile.

The cheeky five-year-old distracted his mother, 41, who planted a loving kiss on his left cheek during the match 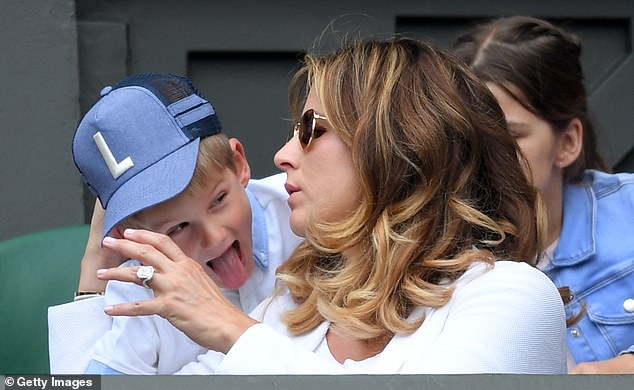 Federer’s son put his hands on his head as he watched from the crowd as his father competed in the Men’s Singles first round match. 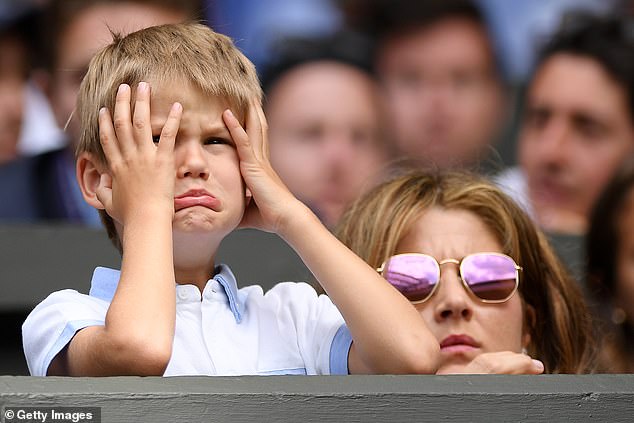 Watching from the crowds, Federer’s son was seen screaming from the sidelines, while Mirka took a more relaxed approach to the game. 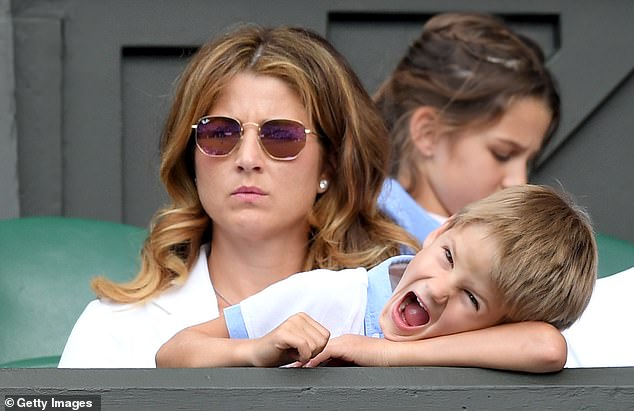 Roger and Mirka’s children played in the background as she intently watched on to see how the game unfolded. 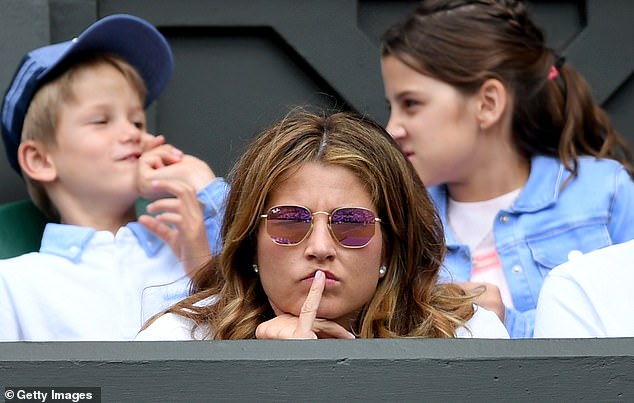 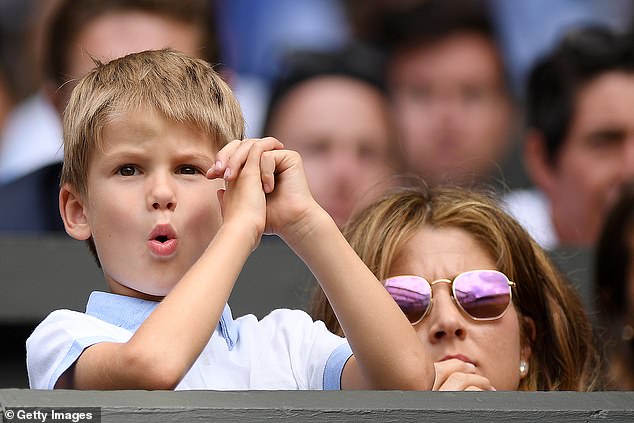 Meanwhile, the athlete’s wife Mirka, 42, donned a smart white suit to watch her husband battle for a place in the next round of the prestigious competition.

Mirka, who is spotted cheering her husband on, accessorised with a silver over-the-shoulder bag and wore her hair loose which fell below her shoulders. 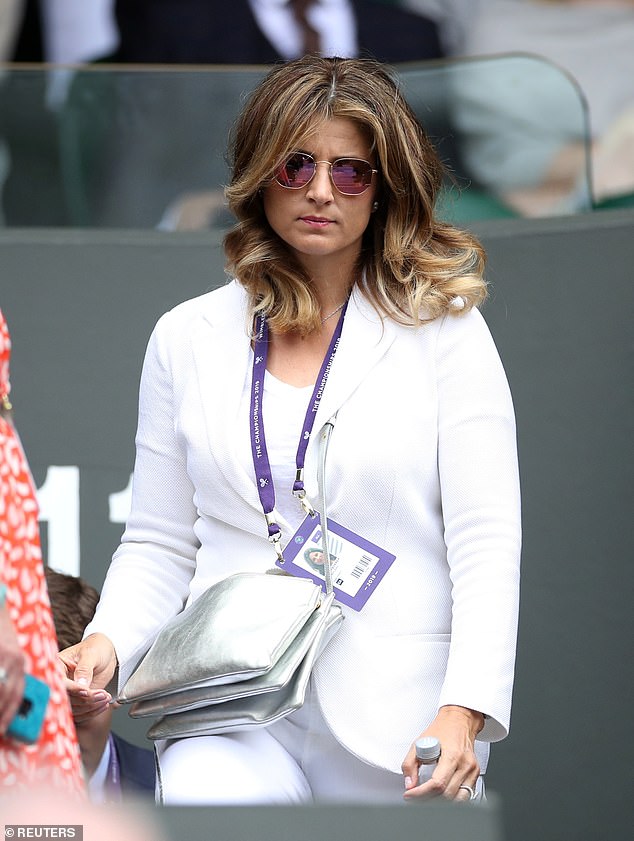 Clutching a bottle of water to keep her cool in the summer temperature, she added a pair of pink-tinted sunglasses to complete her outfit.

Andy Murray made huge promise to his wife Kim Sears