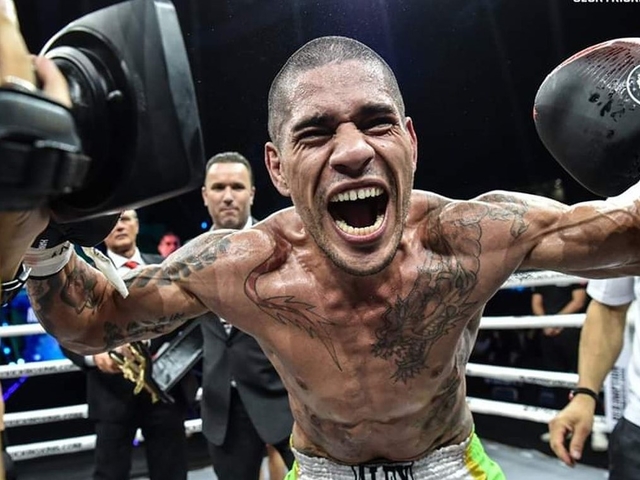 Alex Pereira is an accomplished kickboxer and the current GLORY middleweight champion. Moreover, Pereira is the only combat sports athlete who has ever knocked out Israel Adesanya. While the UFC middleweight champ is on a hot streak right now, Pereira still believes he wouldn’t want to fight him for the third time.

Pereira squared off against Adesanya for the first time in 2016. The Brazilian came out on top via a unanimous decision. The two met once again in 2017 at Glory of Heroes 7 in Sao Paulo, Brazil. However, the outcome was still the same for Adesanya albeit the manner in which it came was a lot more brutal.

That kickboxing contest still remains the only instance when Adesanya was on the receiving end of a knockout. After the fight, ‘The Last Stylebender’ switched completely to mixed martial arts where he is now among the best in the world.

Despite having fought under MMA rules only thrice, there are always speculations regarding the 33-year old Pereira pursuing MMA full-time. While he doesn’t dismiss the possibility of the same, he isn’t very optimistic about a fight with Adesanya.

“I do train MMA and the ground game, but of course my priority is my striking as I’m a champion in the best Kickboxing organization in the world and I need to be at the top of my game. Training MMA actually helps a bit with that,” Pereira said in an exclusive interview with BJPenn.com

“I don’t think Adesanya would be interested in that fight. I beat him twice and I’m the only man to KO him. We never know what the future holds. It could happen someday.”

Roman Reigns On CM Punk: “I Don’t Like The Guy. I Don’t Know Many People Who Do”