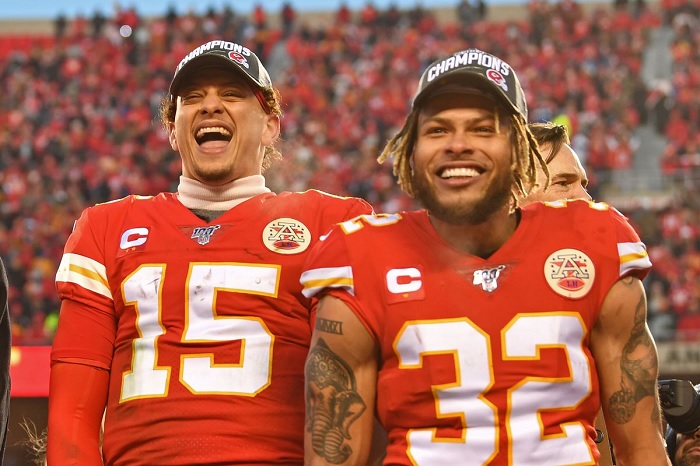 Patrick Mahomes and former teammate, Tyrann Mathieu have a great relationship, while they were teammates and even after his move away from the Arrowhead stadium, as a result of Chiefs decision not to renew his contract.

Tyrann Mathieu is ready to take on NFC playmakers again now that he has joined the New Orleans Saints. In a recent tweet, Tyrann is rumored to have made some not so ‘friendly’ comments about his former friend and QB.

Most fans obviously did not believe this and made it known through their comments. Unlike Tyreek Hill’s constant attempt to ridicule the Chiefs after he left, Mathieu stated that he was heartbroken when his contract was not renewed.