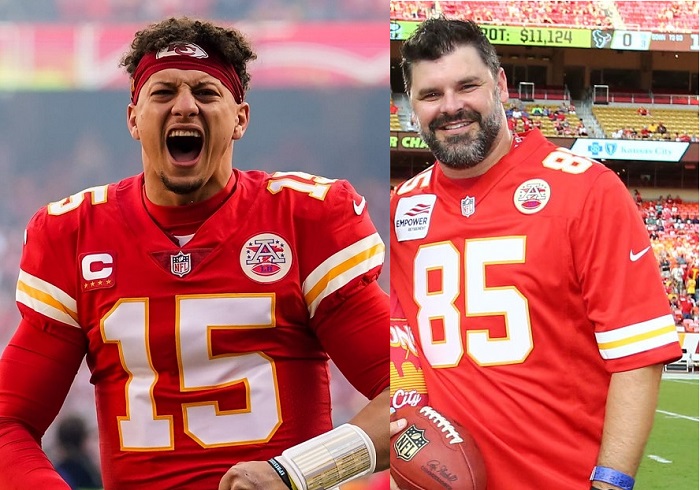 Marc Boerigter, a former Kansas City Chiefs receiver, visited the Arrowhead Addict Podcast and discussed a variety of subjects, including his memorable 99-yard touchdown reception as a rookie, his days in the Canadian Football League, how he feels opponents will try to defend the new-look Chiefs, and more.

However, Boerigter’s response to Mahomes from the perspective of a former player was maybe the most interesting. When asked what Mahomes’ most remarkable trait is via this viewpoint, Boerigter immediately mentioned accuracy.

Patrick Mahomes’ highlights include left-handed and no-look throws. But it’s the ones we see more frequently, the mind-bending arm angles, that have piqued the interest of at least one former player.

“I think his accuracy”, Boerigter responded. “When I say that, it’s because he throws from all the crazy arm angles that he does. …The most impressive throws to me are the ones where he’s throwing around a defensive lineman and it looks like he’s going to throw a normal throwing motion, and then it comes out sideways.”

“It’s a sidearm shot around the defensive end, leading his receiver by about six yards, and it ends up right in his hands, or right in his chest. That’s the part that I think is underrated.”