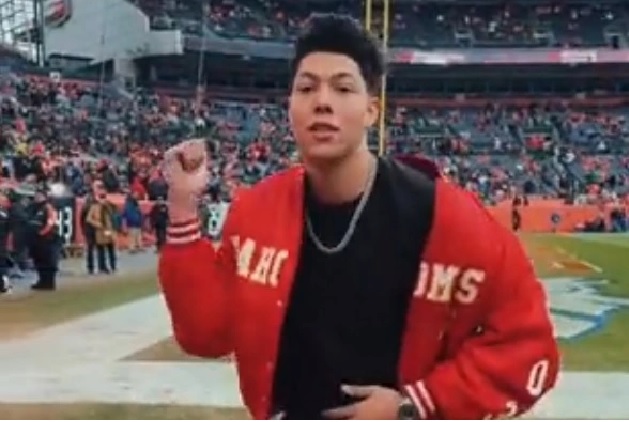 An NFL fan was captured on video yelling an anti-gay slur at Patrick Mahomes’ brother before the Chiefs took on the Broncos on Sunday.

The incident went down at Empower Field at Mile High in Denver … when Jackson Mahomes and Patrick’s fiancee, Brittany Matthews, were down on the field taking pregame pictures and videos.

The offensive comments were so loud, Brittany actually heard them … and yelled back at the man several times, “That’s rude!”

It’s unclear if stadium security was called or if the fan faced any consequences for their actions. Brittany did end up posting the pictures Jackson took from the pregame photoshoot … and they all ended up leaving the city on a positive note, as the Chiefs came from behind to earn a 28-24 victory.

This isn’t the first time Jackson Mahomes has been subject to abuse as people frequently leave anti-gay slurs and comments on his TikTok videos.

Mahomes was also criticized for pouring a bottle of water on a Ravens fan after the Chiefs’ loss to Baltimore on Sept. 19 and for doing a TikTok dance on the sideline memorial to late Washington Football Team safety Sean Taylor in October.

Not this dude Jackson Mahomes getting absolutely roasted by a local business in KC 😂😂😂 cmon we got a game to focus on ! pic.twitter.com/RPuITLsSOy

Patrick Mahomes said his brother was being yelled at by Ravens fans during that game, and his actions were the result of frustration. The younger Mahomes also apologized for dancing on Taylor’s memorial.