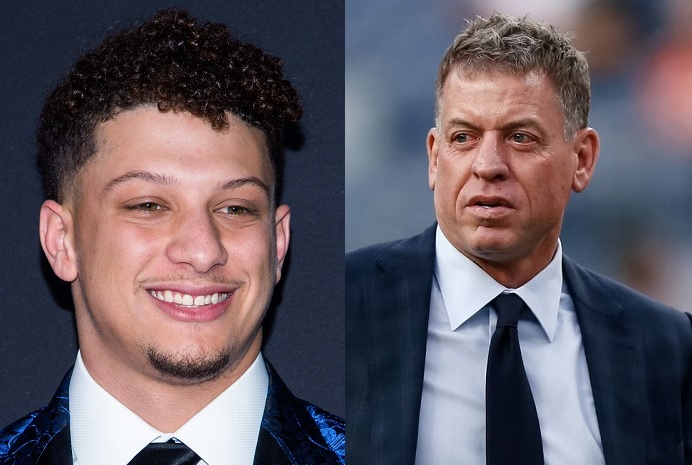 The Chiefs quarterback has swiftly risen to remarkable heights in his career. In his debut season as a starter, he passed for over 5,000 yards and 50 touchdowns. Only one other quarterback has done so, and he is a Hall of Famer. That quarterback, of course, is Peyton Manning.

Mahomes already ranks as one of the finest players in the NFL, perhaps the best, and he can only go better from here. He signed a 10-year, $503 million contract in 2020, and with his skill, he won’t be slowing down anytime soon.

Mahomes is being compared to the game’s elite, including Tom Brady and Aaron Rodgers. Furthermore, one NFL great says he has the same charisma as LeBron James and Kobe Bryant.

NFL Hall of Famer Troy Aikman said this about Mahomes. “The quarterback, (Mahomes) is impacting games at a level that we have not seen seen before. Like a Lebron James or a Kobe Bryant does, or did, in basketball. These [football] games all come down to the last five minutes and in that sense, it’s a lot like basketball too.”

Mahomes has a long path to go in his career, but if his early season domination is any indication, he’ll be a league MVP like LeBron and Kobe.