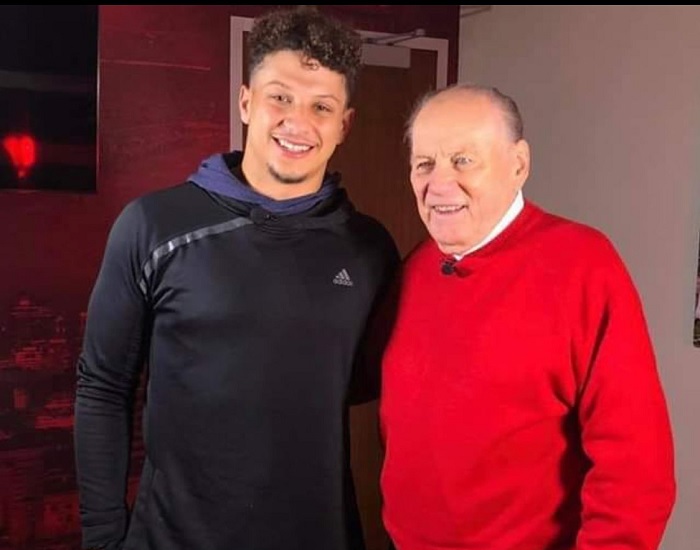 Leonard Ray Dawson is an American football quarterback who spent 19 seasons in the National Football League and the American Football League, largely with the Kansas City Chiefs. He led the the franchise’s first Super Bowl title in Super Bowl IV, for which he won the game’s MVP award.

Dawson established the Chiefs’ single-season throwing touchdown record in 1964, with 30 touchdowns in only 14 games, a mark that remained until 2018, when Patrick Mahomes broke it in 10 games.

Dawson was inducted into the Pro Football Hall of Fame in 1987, and in 2012, he got the Pete Rozelle Radio-Television Award. It was announced some days ago that the Chiefs legend is in hospice, and tributes have been pouring in.

In an interview with The Star, Mahomes paid tribute to Dawson, explaining how much influence his (Len Dawson) life and career has on the Chiefs and the NFL.

“Even the iconic picture he has where he’s smoking a cigarette at halftime- of the Super Bowl- with a Fresca, that’s just the type of swag and confidence that he brought.”

“So I’m going to try to do whatever I can, so that one day people can look back at me like that, but I don’t Know if I have as much swag as he does.” Mahomes said smiling.

Patrick Mahomes Reveals Readiness for Cardinals: “It Will Help us”