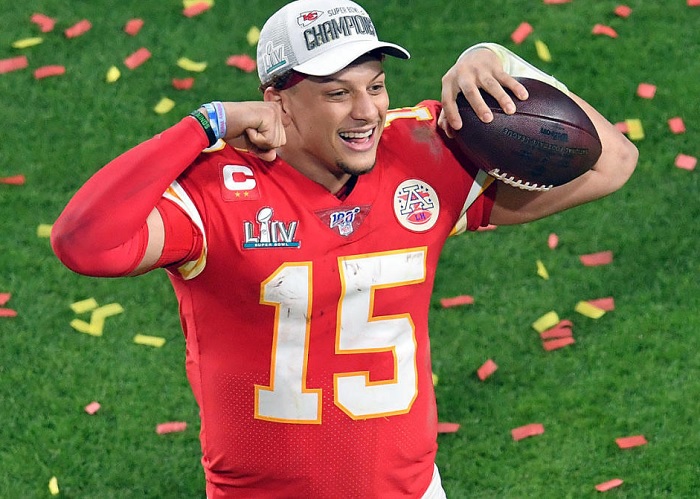 During his first five years with the Kansas City Chiefs, Patrick Mahomes went from a two-time FBS total offense leader at Texas Tech to becoming one of the exciting quarterbacks in the NFL, earning the league’s most valuable player award and a Super Bowl MVP.

This September, Mahomes’ old institution will induct him into the Tech Athletics Hall of Fame and make him the seventh member of the Texas Tech Football Ring of Honor. The ceremonies are scheduled for the last weekend of October.

A Tech group led by President Lawrence Schovanec, sports director Kirby Hocutt, and Regent Dusty Womble was set to surprise Mahomes with a videoboard presentation at Arrowhead Stadium immediately after the Chiefs’ exhibition game against Washington on Saturday.

Kliff Kingsbury, Mahomes’ coach at Tech, was one of the speakers included in the introduction video. “When you look at the face of the NFL, that is Patrick Mahomes,” Hocutt stated. “Patrick’s accomplishments at Texas Tech are well documented with his success as one of the top quarterbacks in college football history”.

“Patrick is an NFL MVP and a Super Bowl champion, but he’s, most importantly, a Red Raider who remains an avid supporter of our great university. We are excited to welcome home Patrick and his family later this fall to see his name formally honored inside Jones AT&T Stadium.”

Patrick Mahomes in a tweet reacted to the news, he said “Wow man… can’t even explain how appreciative I am. Texas Tech has done so much to make me who I am today. I’m honored to be apart of this great University for life!”

Wow man… can’t even explain how appreciative I am. Texas Tech has done so much to make me who I am today. I’m honored to be apart of this great University for life! @TexasTech https://t.co/f1VM5L0z2s

When Tech plays Baylor on Oct. 29, Mahomes’ name and No. 5 will be revealed on the west stadium building at Jones AT&T Stadium. Donny Anderson, E.J. Holub, and Dave Parks were among the first inductees into Tech’s football Ring of Honor in 2012. Gabriel Rivera was chosen in 2014, Zach Thomas in 2016, Michael Crabtree in 2020, and Elmer Tarbox in 2021.

“Patrick Mahomes is a once in a generation type talent at quarterback and a deserving inductee into the Ring of Honor,” coach Joey McGuire explained, “From afar, you could see how talented he was as a star at Whitehouse High School and then his success leading one of the nation’s leading offenses as a Red Raider. We are so proud he is a Red Raider and can’t wait to welcome him back home this fall.”

10 Actors Who Tragically Died On Set