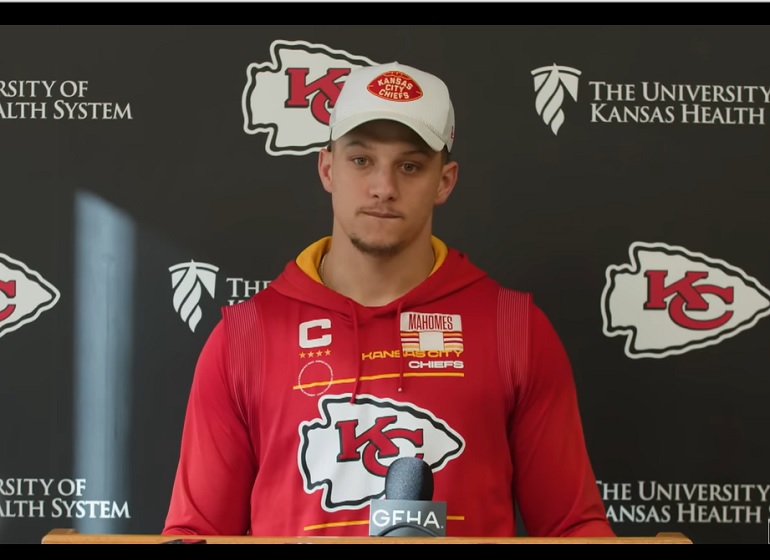 The Kansas City Chiefs will face the Las Vegas Raiders on Saturday, January 7, in the first NFL game since Buffalo Bills safety Damar Hamlin collapsed during Buffalo’s game against the Cincinnati Bengals on Monday, January 2.

Chiefs quarterback Patrick Mahomes anticipates strange sensations during the game at Allegiant Stadium. “It’s hard to say. We’re going to be the first game back and so it’s hard to say”, Mahomes replied when asked how different it would feel on the field in Week 18.

“I mean you know there’s a job that you have to do. You put all this work in for months to try to go out there and play your best football but when you get on that field I’m sure it’ll be a little bit of a weird feeling because”.

“It was such a scary incident that was terrifying that I think everybody saw and so we’ll see when we get out there but I know our guys will just get out there and hopefully when we get to playing the game again it can be fun and everybody can enjoy it like we have our whole lives.”

Marquez Valdes-Scantling reacted to the incident. “Obviously, we all play this game and we put our lives on the line and to see one of our football brothers go down like that and almost lose his life, it’s hard,” he said.

“We put our lives on the line every single play and a lot of people take that for granted. It’s tough to see (and) it’s tough to sleep at night because that could’ve been any one of us. It could’ve been myself (or) any one of those guys in the locker room and I think every football player around the country felt that.”