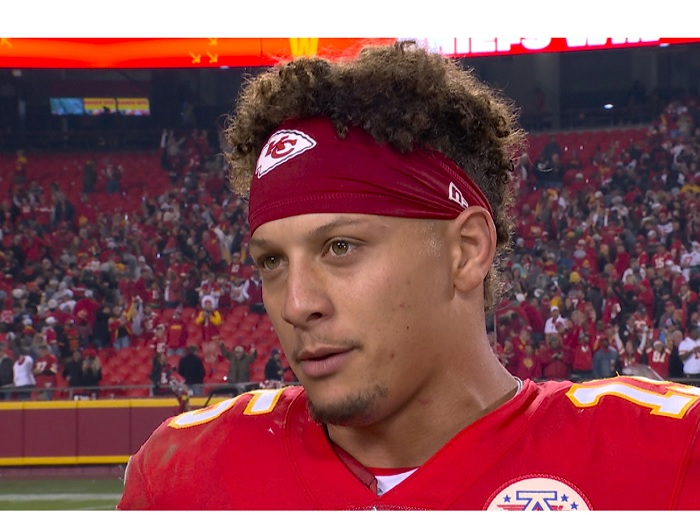 The Kansas City Chiefs’ quarterback, Patrick Mahomes, was injured on the offense’s second drive but recovered to help his team upset the Jacksonville Jaguars 27-20 in an AFC Division Round Game at Arrowhead Stadium.

Mahomes was not wearing a bandage or boot on his right foot immediately after the game, according to NFL Network’s James Palmer.
Following the game, the quarterback informed reporters that his ankle felt better than expected and that he was ready to begin rehabilitative treatment on Saturday night.

The Chiefs’ head coach, Andy Reid, classified Mahomes’ injury as a “tweak” in his ankle. After the game, he informed reporters that Mahomes was on a “tight leash” if he seemed to be hurt again, but the team felt comfortable with him playing.

Mahomes was first ruled out due to an ankle injury, but he returned to start the second half.Yeah, X-rays were negative. They haven’t diagnosed anything yet but I’ll be good to go, ”Mahomes stated on NBC following his victory.

Despite clearly laboring, Mahomes guided the Chiefs on a 10-play, 75-yard drive that put Kansas City up 27-17 with 7:08 left in the game. The Jaguars finally turned the ball over on their next two possessions, giving the Chiefs valuable time off the clock.

Mahomes was quickly wrapped up on the sideline following his injury on Kansas City’s second drive, but he returned to the game. Mahomes headed back into the locker room following a Kansas City field goal with 14:09 remaining in the second quarter.