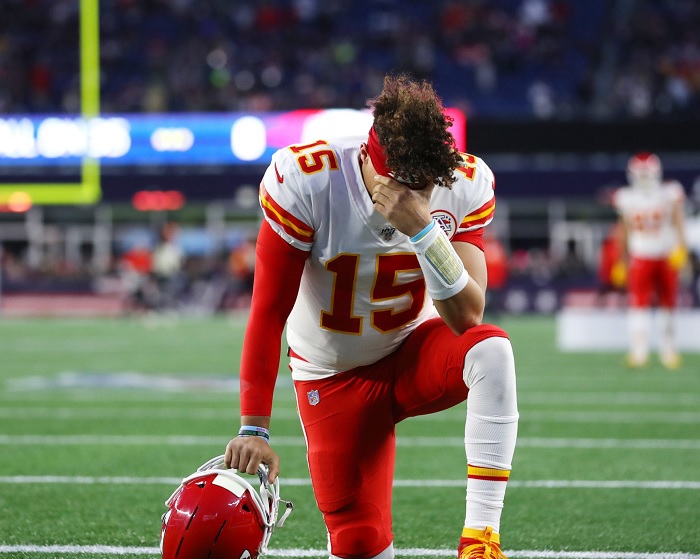 According to his organization, the Buffalo Bills athlete is still in serious condition after spending the night in a hospital intensive care unit. During the Monday game, Hamlin slumped after clashing with an opponent. Fans have come out in support of the footballer.

The collision happened during the first quarter of the NFL game and Hamlin received on-field medical attention for more than 30 minutes before being taken to a local hospital.

His team later confirmed the player had suffered a cardiac arrest and said that his heartbeat was restored on the field on Monday. Patrick Mahomes was among those that showed their support to Hamlin and his family.

In a tweet by the Chiefs’ quarterback, he wrote “Praying hard.. please be okay man. 🙏🏽🙏🏽🙏🏽”. Mahomes’ wife Brittany on Instagram slammed fans who have no respect for what players have to go through to prepare for every game.

Still praying & Keep praying today for Damar Hamlin.🙏🏼🙏🏼🙏🏼 Himself, his family, his teammates & everyone involved in taking care of him!!!

We’re praying for Damar and his family this morning in Tampa. Moments like this put into perspective what it means to play this game we love. Thankful for our communities in Cincinnati and Buffalo for the overwhelming level of care and support I know they’ll continue to provide.