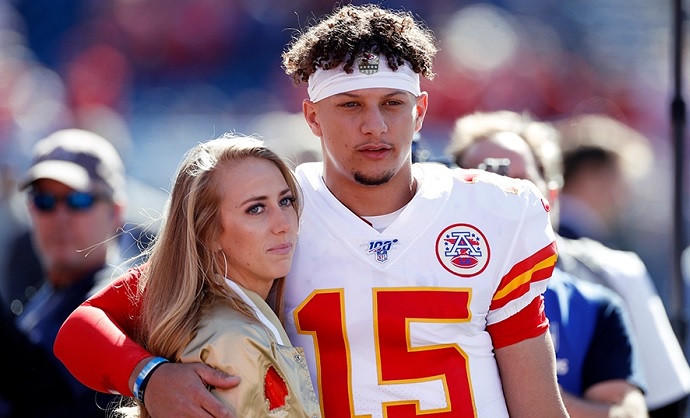 Patrick Mahomes, Chiefs QB, didn’t have a great game in the Chiefs’ victory over the Chargers on Thursday night as the Chargers defense was able to constantly apply pressure.

Mahomes was only sacked once, but if it weren’t for Los Angeles penalties or overturned calls, he might have thrown more interceptions. However, not everyone agrees that the Chiefs benefited from the officials’ decisions.

When officials penalized offensive holding on a play where Mahomes was knocked below the knee late in the first half, Mahomes’ wife, Brittany, showed her disgust. According to the official report, Chargers pass rusher Joey Bosa was thrown into Mahomes by Chiefs offensive tackle Andrew Wylie.

Despite coming up after the play with a limp, Mahomes was able to stay in the game. However, it caused Brittany Mahomes to sarcastically tweet that NFL defenders can now obviously hit quarterbacks low.

On social media, Brittany Mahomes hasn’t been afraid to stand up for her husband, which has in the past infuriated some onlookers. She seemed to be standing up for her spouse despite the criticism, though.