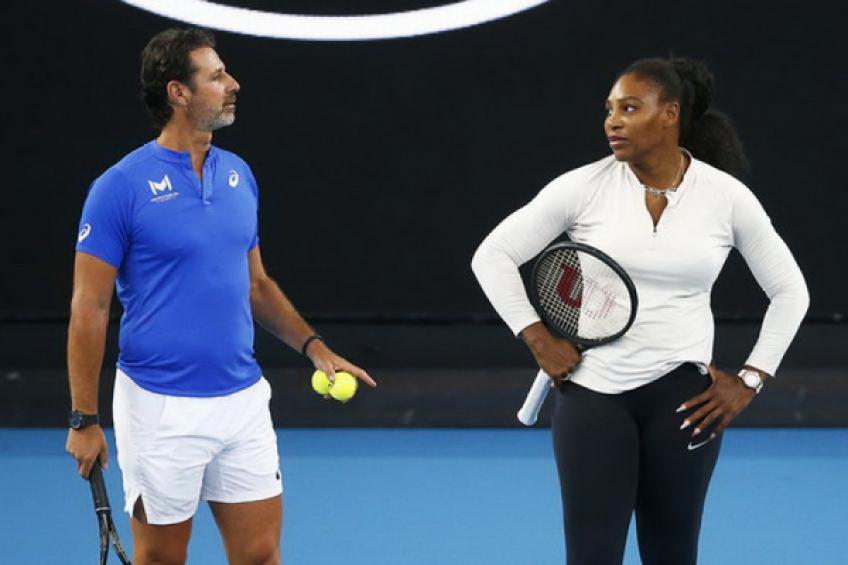 Patrick Mouratoglou and Serena Williams forged an incredible partnership in 2012, winning ten Majors together and pushing the American higher on the GOAT list. At the Australian Open 2017, Serena claimed the 23rd Major crown, leaving tennis after that and giving birth to a child later that year.

Serena returned to Majors at Roland Garros 2018, motivated to grab that elusive 24th crown. In 2018 and 2019, the American was the finalist at Wimbledon and the US Open, losing all four title matches and squandering a chance to catch Margaret Court and transfer her tennis legacy to an even higher level.

In the season behind us, Williams suffered an early loss at the Australian Open, reached the US Open semi-final and withdrew from Roland Garros after the opening round, shifting her focus on 2021 and hoping for more chances at the upcoming Major events.

Patrick Mouratoglou spoke about Serena Williams and their partnership.
Speaking about their partnership, Patrick said that Serena was already a grand champion when they started working together and that he sent her tennis into the new dimension over the years.

Alongside his coaching job, Mouratoglou is trying to look after other elements that could impact Serena’s game, including her family life. “I think that our partnership happened at that point because I was ready, believable to play that role.

If it hadn’t been for Serena, I probably would have reached this level with someone else. Serena is no accident. On her side, she was already a champion when I knew her, but with me, she reached a new dimension. Basically, we exploded together in our respective professions.

I don’t want interference in my work with her, so I don’t interfere with other people’s work. I know the job of an agent, but I no longer practice it. The coach takes 100% of the responsibilities, even a part of her family life, as it can impact her.

I created a relationship that allows that. As a mentor with Stefanos Tsitsipas, I intervene when I consider it necessary, and I’m available if needed. But I’m not responsible for his results since he has a coach,” Patrick Mouratoglou said.

There’s Something About Serena Wiliams