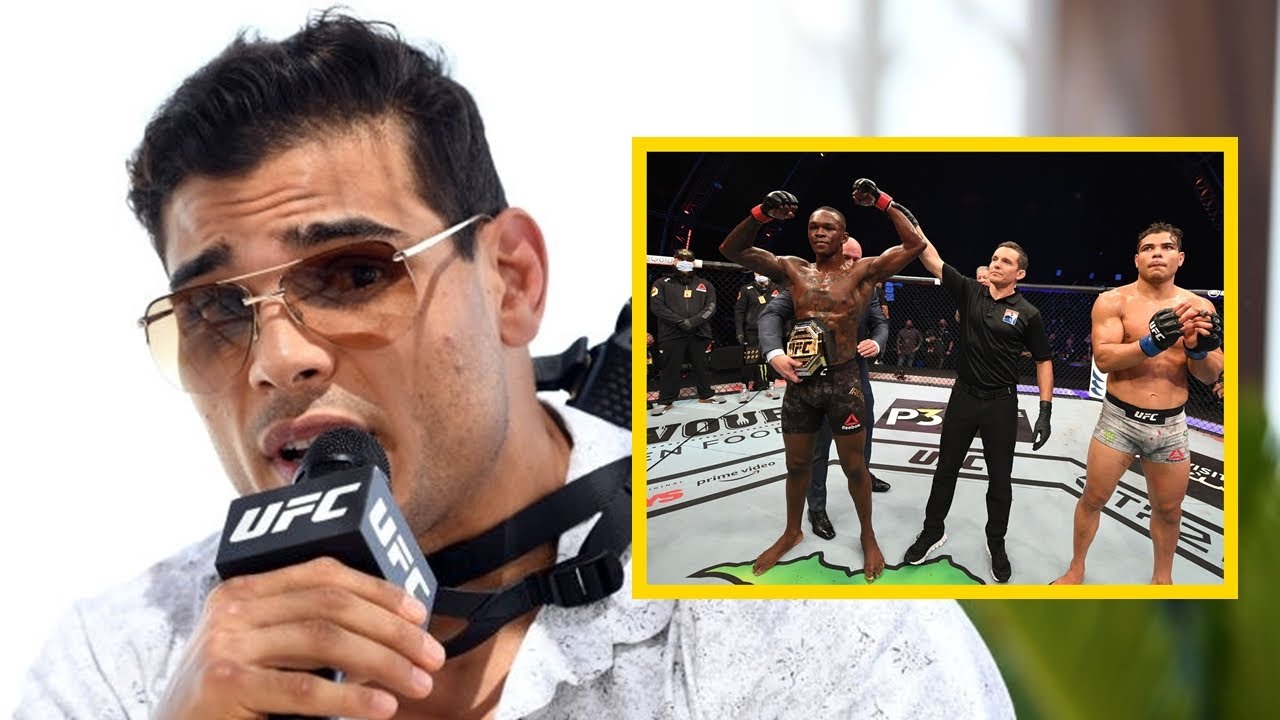 Paulo Costa revealed he was compromised ahead of his middleweight title fight with Israel Adesanya.

Costa challenged Adesanya for the 185-pound crown in their highly-anticipated title fight that headlined UFC 253 in September. Many felt “The Eraser” had what it took stylistically to inflict the first defeat of Adesanya’s career and become the new champion.

However, it was easy work for Adesanya on the night who chopped at Costa’s leg before dropping and finishing him in the second round to successfully retain his title.

And according to Costa, it was a mistake to even compete that night.

“Maybe I could have used more in the Adesanya fight, but many things happened before that fight,” Costa recently said on his YouTube channel when asked by a fan why he didn’t use his jiu-jitsu (via MMA Fighting). “I don’t like to talk because it might sound as excuse, but I had no sleep, my leg was totally impaired, and I shouldn’t have fought, I should have postponed it for the next weekend or more.”

“I saw what happened with Patricky (Freire), who fights for Bellator — and has the same coach, Eric Albarracin —, and his team did the right thing. He didn’t wake up well, had labyrinthitis on the day of the fight, feeling dizzy, (so) he doesn’t have to fight. We’re in such a high level that you don’t have to fight if you don’t feel well. It was our mistake.”

Costa has since called for a rematch with Adesanya — especially after being enraged at the latter’s post-fight actions — and remains unimpressed with “The Last Stylebender” despite suffering his first professional defeat to him.

For now, though, Costa will have to return to the win column if he hopes to meet Adesanya anytime soon.