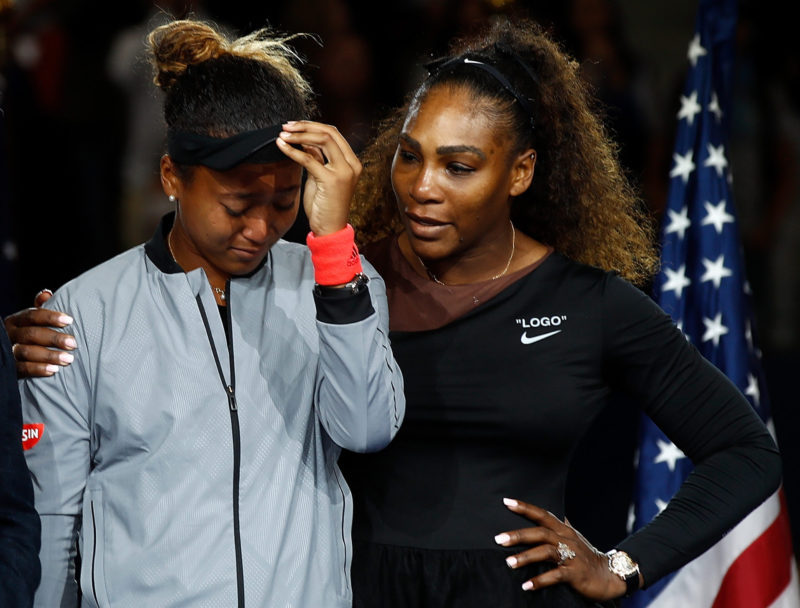 In recent years, Naomi Osaka has arguably been the most successful tennis player on the women’s side. Naomi, who has a sister named Mari, was introduced to tennis by her father, who had little knowledge of the game himself. He often drew inspiration from the story of the Williams sisters and tried to replicate the role which their father had on them.

In 2018, she reached her first-ever Grand Slam final at the US Open. She was up against one of the toughest challenges in life, to play her childhood idol, Serena Williams, in her backyard.

Being unfazed by the ongoing drama and controversy, the youngster got the better of Williams in straight sets, 6-2 6-4

Recently, while giving an interview, Naomi said, “As a kid, I was pretty lazy. I’m still kind of lazy right now. I was always chasing my sister. A lot of people compared us to Venus and Serena.”

Having picked up a tennis racket for the first time at the tender age of three years, she said, “I started tennis when I was 3. Personally, for me, I didn’t feel I would be doing anything else. By the age of 7, I thought I would be a professional tennis player because that was the only life I knew.

“Of course, there were tons of thoughts in my mind, maybe I want to do something else, like a Zoologist or something. That was always the second choice.”

As a person, the Japanese typhoon comes across as a shy person. But more than anything, Osaka is a kind and empathetic person, who often applauds her opponents’ winners. When she beat youngster Coco Gauff, she had made her way towards a crying Gauff and was seen consoling her.

There is no question regarding her professionalism, and she surely comes across as a ‘role model’ who can influence millions of youngsters. She is the highest-earning female athlete in our sport and is one of the most marketable athletes in the world.