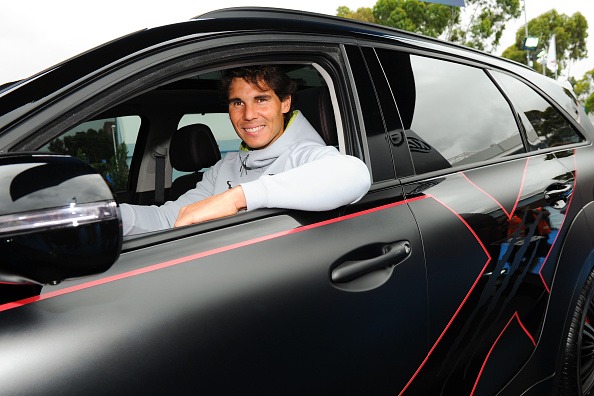 Twenty-time Grand Slam champion Rafael Nadal was recently filmed outside his academy in Mallorca. The Spaniard, dressed in white shorts and a black t-shirt, was captured coming out of his academy with a training bag on his shoulder and a racquet in his hands, fueling speculation of having resumed training.

The video was filmed by Rodrigo Meza, who trains at the Rafa Nadal Academy. The footage shows Nadal opening the boot of his Mercedes sports car and keeping his training bags inside. Nadal announced an end to his 2021 season two months ago because of a chronic foot injury.

The injury resurfaced during the semifinals of this year’s French Open against Novak Djokovic. Following his French Open loss, Nadal withdrew from the Wimbledon Championships and the Tokyo Olympics.

While he returned to compete at the Citi Open, Nadal continued to experience pain in his left foot. The former World No.1 subsequently pulled out of the Cincinnati Masters and, a few days later, declared an end to his season, just ahead of the US Open.

However, going by the latest video, Nadal’s recovery process seems to be going well since he’s back on the court after only a few weeks since undergoing treatment. It’s a reason to cheer for the fans, who are hoping to witness Nadal back in action at the start of the 2022 season.