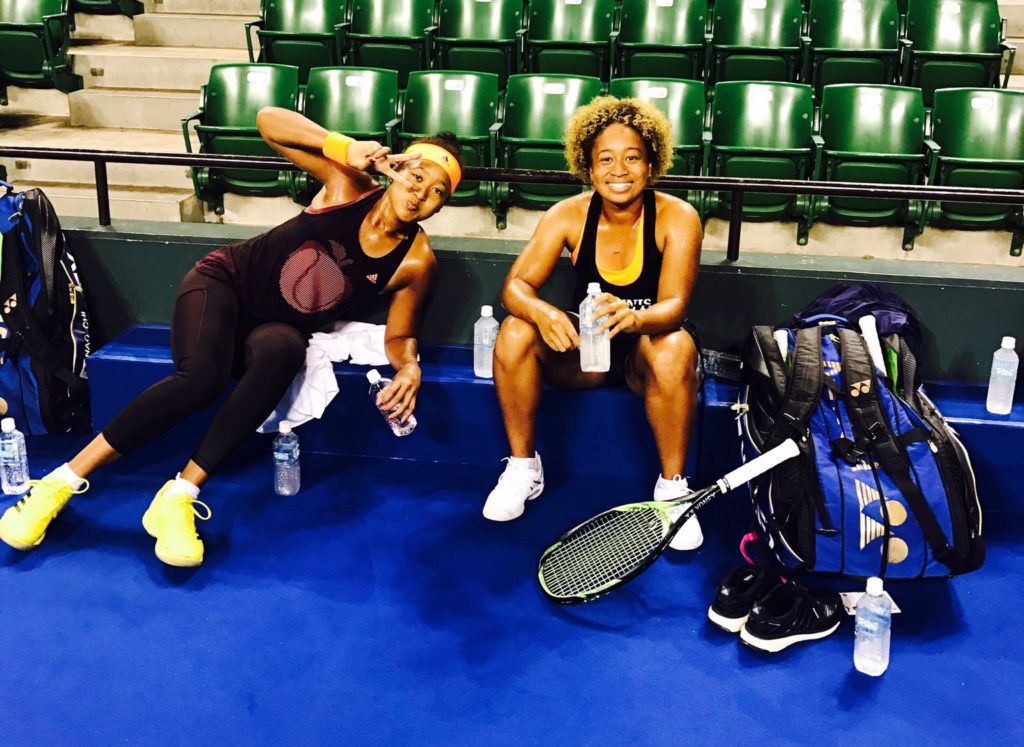 becoming the first woman since former Russian star Maria Sharapova to win four career Grand Slam trophies, credited her sibling for being the player that she is today.

Naomi Osaka the win over her sister Mari continues to be one she cherishes the most. Speaking to a press pool ahead of the Miami Open, on Tuesday, the 23-year-old Japanese reaffirmed a statement she made at her first WTA presser at 2014 Stanford.

She said that she may have beaten the best in the game, including idol and 23-time Grand Slam champion Serena Williams, but the win over her sister still ranks as her most cherished.

In her 1st WTA presser at 2014 Stanford, Naomi Osaka said her best win was beating older sister Mari, who announced her retirement this month.

Tongue firmly in cheek, Osaka said that after being at the receiving end through most of their childhood, it was nice to get one back over her sibling.

“It’s a special moment to be losing to someone for, like, your whole childhood and then get to beat them,” the Japanese said.

Naomi Osaka says she wasn’t entirely taken aback by her sister Mari’s decision to quit tennis
While nothing, in her own words, compares to beating her sister, Osaka was quick to add, “She’s the reason why I started playing tennis.”

She said though it’s “sad” that Mari had to bid adieu to the game, it wasn’t a decision that took her entirely by surprise.

The reigning US Open champion added that her sister is “so good at so many different things” and she wishes for her to find happiness and success in whatever she chooses to pursue going forward.

“Of course, it (Mari’s retirement) was a sad moment for our entire family. But it’s something that you could kind of feel coming,” the 23-year-old said.

‘F—ing hell, just give me a break’: Andy Murray conceded his days among tennis’ elite may be over after yet another injury setback