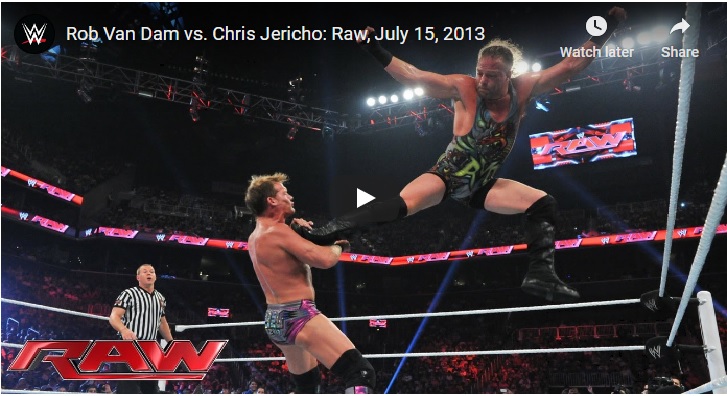 According to the report, Van Dam and Forbes left the company due to their current storylines ending. Van Dam had reportedly not been under contract with Impact for awhile and had been working on a series of short-term agreements.

Van Dam said earlier this month and discussed his future with Impact. The former WWE Champion noted that it would not be too big of a deal for him if he left the company.

“If the relationship ends, then I also won’t be like shot,” RVD told Wrestling Inc. “It always throws me for a loop when they’re surprised that people you let go or fired. ‘Oh my God, I can’t believe so and so.’ I’m like, I believe it. I’ve been the business 30 years. It happens, although I’ve never gotten fired in my life, but I am one of if not the most expensive guy in the dressing room. When they use me, they don’t even have me and Katie [Forbes] on the entrance. She noticed on the intro.

“So when I watch stuff like that, it’s like, I don’t know some of these decisions. I don’t know if they are trying to get a rub off me and and then handle on their own or whatever, but I’m easygoing with whatever their plans are. So the good thing about all that is not really having any emotional investment in too much. In other words not giving a bleep. There’s a book I recommend ‘The Simple Art of Not Giving a Bleep.’ I recommend it. It’s an audio book on YouTube too, and I listen to it. I’m like dude, this is such a good way to explain to people like quit stressing out. You have so many f’s you can give. You got to be choosy about where you give them. Don’t care about everything.”

Related Topics:Van Dam
Up Next

Roman Reigns On CM Punk: “I Don’t Like The Guy. I Don’t Know Many People Who Do”