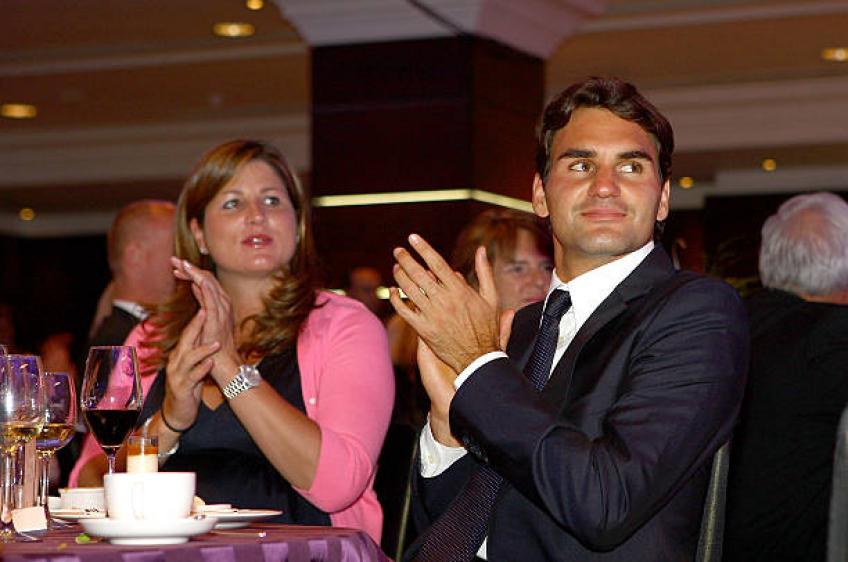 Roger Federer’s career could finish from night to morning.

The Swiss player’s final years in professional tennis depend not only on his desire and motivation to improve and keep competing at the highest level facing younger and (potentially) stronger players but on his family and his 40-year-old wife Mirka, as well.

Federer doesn’t have any issue in admitting that Mirka plays a key role, every day especially when they are travelling from a continent to the another with four children on the ATP Tour. ‘Without her I couldn’t do it’, Federer admitted.

‘If she said, I don’t want to travel any more, I’ll say, Okay, my career is over. It’s as simple as that. So she’s the key to a lot of this.

But she’s happy to be doing it, not on a weekly basis just because the traveling gets too much with the four.’ But Federer plays also because he has fun on the Tour.

In particular, it’s easy for him to connect with some of his colleagues:

‘Andy Murray is very funny. I like chatting with him. Gael Monfils is good fun, he’s always chilled out. There’s not one guy I don’t get along with, which makes the tour so much more enjoyable.

At the start of your career, yes, you can be tough, focused, a warrior on the court, but we get away from it and have a nice time,’ he told The Guardian.