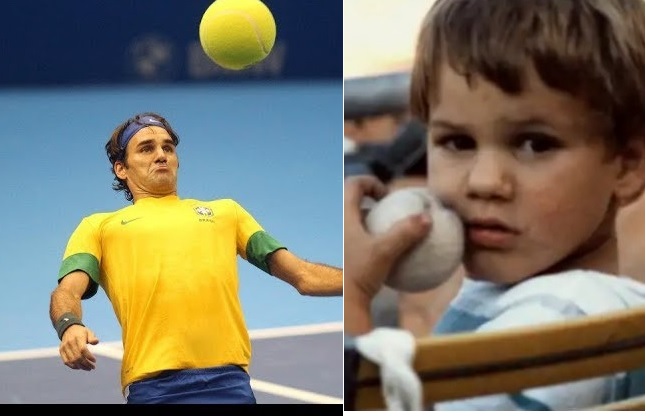 At the age of 12, Roger Federer had to decide between soccer and tennis to focus on entirely. Although he made the right choice and helped the tennis world rise high, he never stopped following soccer.

Devotedly, Federer has supported FC Basel 1893 and Switzerland national team since childhood. And now, he is passing the same fan love to one of his sons.

Recently, the tennis maestro went to watch the Swiss Super League match between FC Basel 1893 and St. Gallen. During the game, Federer reminisced about watching his first-ever live soccer match. Accordingly, he felt happy to share the same with one of his sons that day.

Roger Federer enjoys watching FC Basel 1893
As usual, Federer sat in the box and cheered for another FC Basel match. He also shared a picture with former players of the team, Matias Delgado and Marco Streller.

More importantly, the 20-time Grand Slam champion had brought one of his sons together in this event. He even shared a heartwarming story about coming and watching this match.

Federer wrote on his Instagram story, “I remember my first football match going to watch FC Basel 1893 as a young boy. I love being able to experience that today with one of my sons.”

All About Venus and Serena Williams’ Mother, Oracene Price