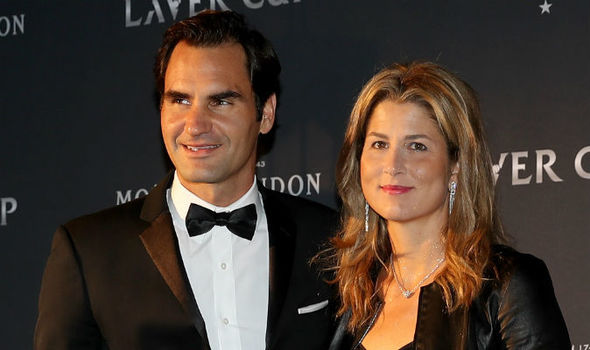 ROGER FEDERER appeared to take a dig at his rivals for “changing their wife” every year because they are “distracted”.

The Swiss great, 39, was giving credit to his own wife Mirka for the support and stability she has brought him throughout his career. Mirka, herself a former pro tennis player, and Roger tied the knot in 2009 and have two sets of identical twins, who travel on the tour with their dad.

But while Federer has won 20 Grand Slams in his career and is one of the most recognisable sportspeople in the world, his wife has always managed to keep a low profile while loyally running the family at home.

As quoted by AS, Federer said: “As a player, it’s always good to have her because some players have a wife a year and then change her. Anything can make you happy but it can also distract you.

“My life is perfect like that. I’ve always been in love with the same girlfriend, from the same wife, running the family and protecting them from the press.

“Her support is incredible, it always helps me, it makes my life easier no matter what I win or lose. She is a born worker. She is amazing. I hope she doesn’t change“.

Federer also explained that Mirka helps to keep him focused and constantly developing as a person through her maturity and conscientious attitude.

He added: “If I talk about tennis, she has a great impact not on my game but on my personality, because she was professional before me, I had more experience when I entered the circuit.

“I worked hard. It made me grow and mature in my early years. Her support is incredible, it always helps me, it makes my life easier no matter what I win or lose.

“She is a born worker. She is amazing. I hope she doesn’t change. I am always for her and vice versa.”