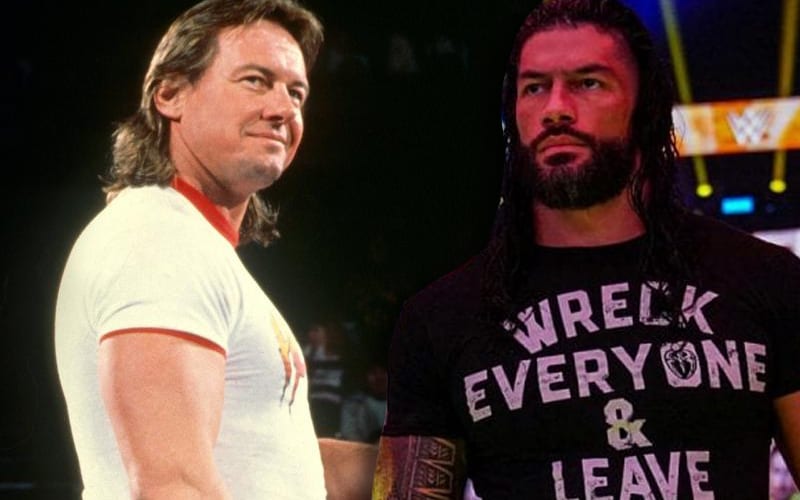 Roman Reigns is the Tribal Chief in WWE. He is in a top spot on the SmackDown brand and able to mix it up with the top competitors in WWE today. There are still a few legends that he wishes that he would have been able to tangle with in the ring.

Roddy Piper passed away far too soon and the pro wrestling world still misses his energetic personality. Roman Reigns knows the Hot Rod was larger than life and wishes he could have experienced that charisma first-hand.

While speaking, Roman Reigns was asked which legend he would want to face. He admitted that there are a lot of people on that list, but “Rowdy” Roddy Piper is on top.

“This is tough cause there’s so many really good ones. Maybe Piper back in his day, in his prime.”

“He was a bigger athlete, and he was such a good talker that people look past his size and physicality. I just really enjoyed his intensity that he brought to the ring and through his performance. The times I met him and interacted with him, he was a sweetheart of a man, so I just know being able to collaborate with him and tell a story with him would have been really phenomenal.”

Piper passed away on July 31st, 2015. He was 61-years-old and accomplished so much during his legendary life. Now his daughter Teal Piper is carrying on his legacy along with the millions he inspired along the way.

Roman Reigns vs Roddy Piper might only be possible in the video game world now. It won’t stop the Tribal Chief from pondering how epic the build for their match could have been’