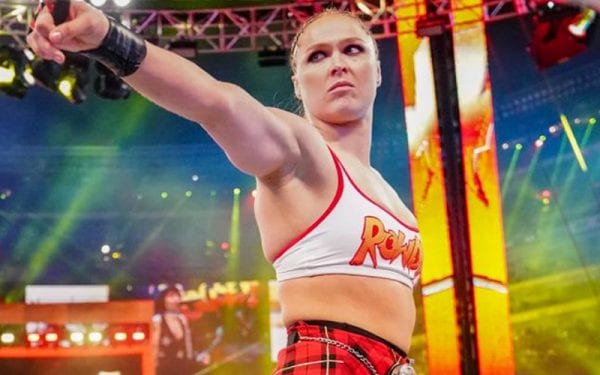 Last week Ronda Rousey, who hasn’t worked a match since WrestleMania 35, was back in the ring training with Roddy Piper’s daughter, Teal.

It should be noted that there have been no recent reports about Rousey making a WWE return as she is still on hiatus.

Rousey got fans talking again by noting that she wants a rematch with Natalya, which has caused speculation that she teased a WWE return.

One of my fav matches – such a huge challenge in so many ways, what a crazy day 🥋❤️ looking forward to a rematch someday @NatbyNature! https://t.co/CVNWBU0n8m

Related Topics:Ronda Rousey
Up Next