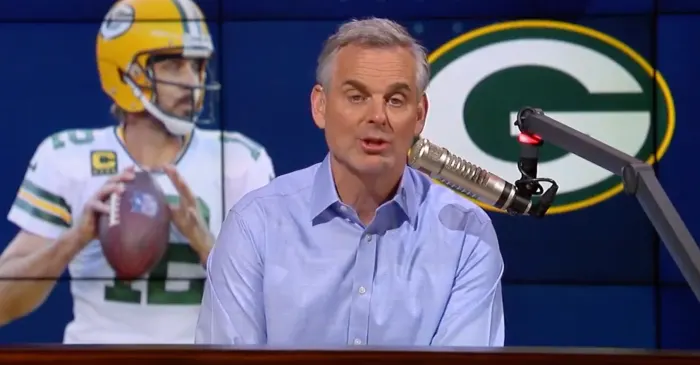 The Packers’ biggest hater these days is none other than FS1’s Colin Cowherd. During his show on Thursday, Cowherd blasted the NFC North franchise for its current strategy.

In the 2022 NFL Draft, the Packers ignored a major need at wide receiver and took two defensive players in the first round. It’s a clear sign Green Bay wants to win games with its defense and rushing attack. Cowherd isn’t impressed. “It’s not working,” he said. “Congrats on winning a lousy division. Someone has to win the Pac-12, too.”

Cowherd actually has the stats to back up what he’s talking about. The simplest way to look at the Packers’ strategy, specifically regarding Aaron Rodgers, is in baseball terms.

A message to the Green Bay Packers from @ColinCowherd:

“It’s not working. Congrats on winning a lousy division. Someone has to win the Pac-12, too.” pic.twitter.com/LWtxz4Aa0y

They’ve been asking the all-time great to go eight innings every time he gets out on the football field. It’s worked during the regular season. It hasn’t in the playoffs. The Packers are switching course. They’re improving their rushing attack and defense and lessening the load on Rodgers’ shoulders. Now, some of that pressure is gone.

Will it work? That’s the question that’ll be answered this upcoming season. Taking the ball out of Rodgers’ hands more often appears to be the Packers’ key to success.