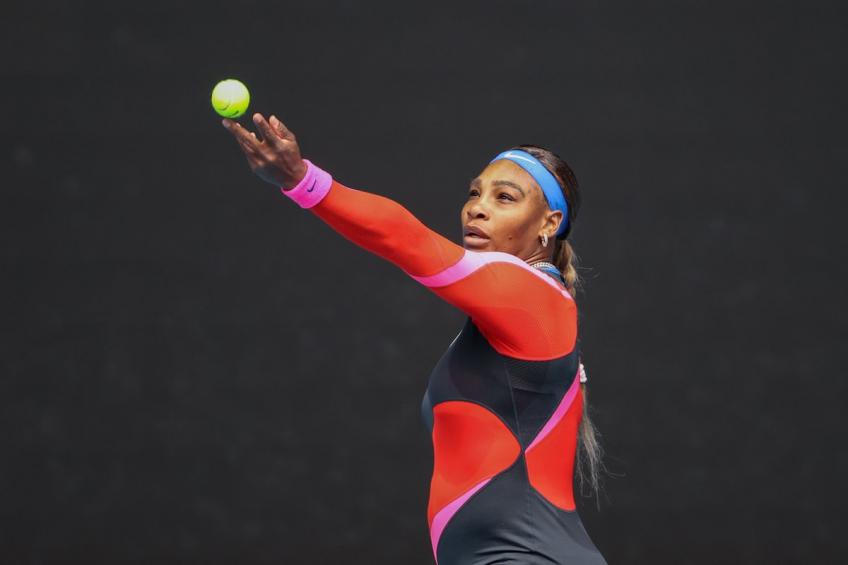 Serena Williams won her 91st match at the Australian Open with a 6-4, 2-6, 6-4 win over Aryna Sabalenka in the fourth round on Sunday.

The seven-time champion found it tough for significant portions of the match but hanged tough to eke out a win against the seventh seed who gave it her all across its full two-hour-nine-minute duration.

She faces a potentially brutal path to her record-tying 24th major title.

Williams, 39, would have to beat the world’s No. 1, 2 and 3 players in order to tie Australian Margaret Court atop the record books.

Serena, the No. 10 seed, will face No. 2 Simona Halep in the quarterfinals, could meet No. 3 Naomi Osaka in the semis and then could be rewarded with world No. 1 Ash Barty in the final.

Williams first had to deal with a spirited performance from Sabalenka whom she dispatched 6-4, 2-6, 6-4 in their first meeting in 2 hours, 9 minutes, denying Sabalenka the first Grand Slam quarterfinal showing of her career.

“It was obviously real important because I didn’t want to be out of the tournament, so it felt good to kind of clutch that in the end and get through that,” Williams said.

Jamie Murray praises Andy Murray for not having ego