Patrick Mouratoglou has been associated with tennis for over two decades. Apart from coaching, he even commentates during certain tennis events. He has great knowledge about the game and his analysis is bang on. Having coached many top players over the years, he is known best for his partnership with Serena Williams.

Coming back to events held this year, the tour did suffer considerably due to the effects of COVID-19. The US Open, for the first time, was held before the French Open. Moreover, Wimbledon was canceled, much to everyone’s disappointment. There were many changes as compared to normal circumstances, including matches being held behind closed doors. 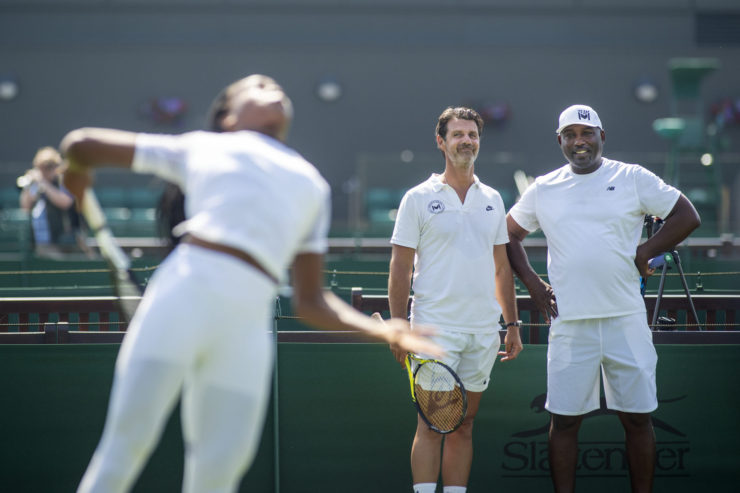 LONDON, ENGLAND – June 29: Cori Gauff of the United States practicing watched by Serena Williams’ coach Patrick Mouratoglou and father and coach Corey Gauff before the start of the Wimbledon Lawn Tennis Championships at the All England Lawn Tennis and Croquet Club at Wimbledon on June 29, 2019 in London, England.

As the players gear up for the 2021 season, there isn’t any assurance yet as to when the Australian Open will begin or the pre-season warm-up tournaments begin. Speaking on this issue, Mouratoglou said,

“The tennis year is over. The preseason starts already in order to get ready for 2021 but we don’t even know when we will start and where. Crazy times and stressful times for professional tennis players.”

My Off-Court Life Is My beautiful family – Roger Federer