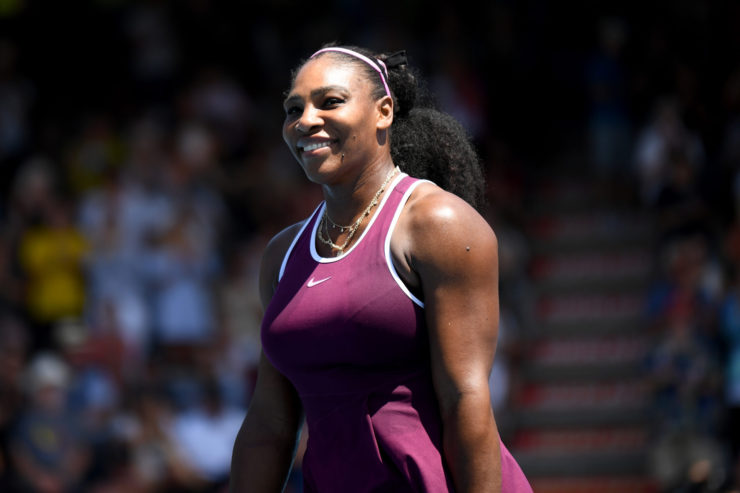 American star Serena Williams has been playing professional tennis since 1995. She has been in the limelight for quite a long time despite which there are some things that fans don’t know about her. Her tattoo, perhaps, being one of them.

Tattoos are not uncommon in the tennis world, and Stan Wawrinka has one worth reading. He has a wonderful quote by Irish writer, Samuel Beckett. One that you could say oddly captures the essence of Stan’s career, inscribed right there on his forearm.

However, Serena has gone down a different path with her tattoos. 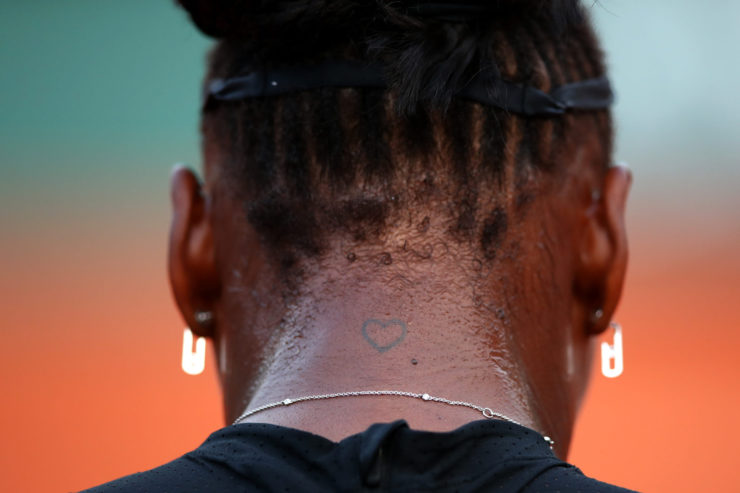 PARIS, FRANCE – MAY 31: A tatoo is pictured on the neck of Serena Williams of The United States during the ladies singles second round match against Ashleigh Barty of Ausralia during day five of the 2018 French Open at Roland Garros on May 31, 2018 in Paris, France. (Photo by Clive Brunskill/Getty Images)

The first tattoo that Serena Williams has is a small heart on the back of her neck. This is probably the tattoo that some people might have noticed. This is supposed to be a henna tattoo which means that it is not permanent it will fade after three weeks at the latest.

We have seen Serena wear this tattoo quite often, but we don’t why. She has never given the reason for it and odds are she won’t be doing so unless, perhaps, prompted to. 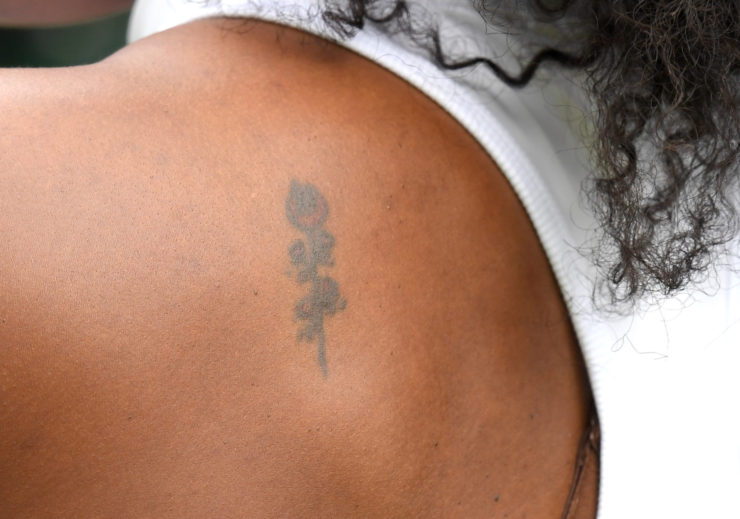 This is a tattoo that very few people have seen as it is nearly invisible. It’s one of a rose stick with a few leaves, situated on the back of Serena’s left shoulder.