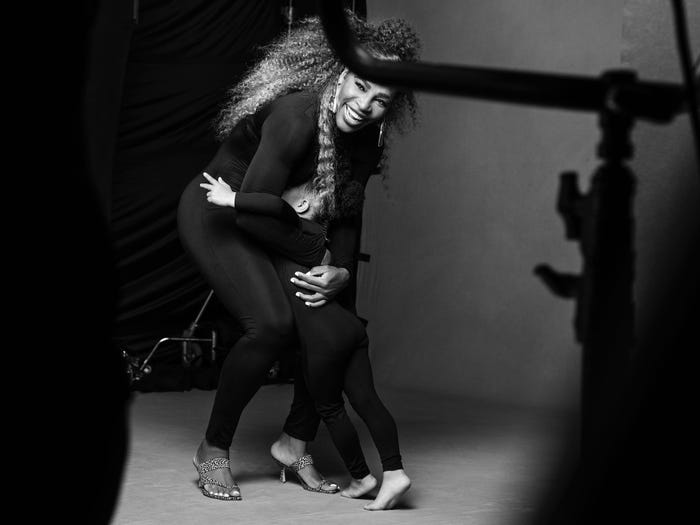 23-time Grand Slam champion and four-time Olympic gold medallist Serena Williams has won every notable accolade in tennis. In addition to being an exemplary tennis player, she is also a mother to her daughter Olympia. Most recently, the American tennis queen tweeted about how much her daughter means to her. And surprisingly, this invited a fascinating response from the former World No. 5 Eugenie Bouchard.

It is no secret in the tennis society that Serena and Olympia are inseparable. In fact, even husband Alexis Ohanian regularly updates their fans with chronicles of the family’s everyday life.

Hence, the recent tweet from the 39-year-old Serena came as no surprise. Serena said, “There are no words I can find to describe the amount of love I have for Olympia.”

From playing tennis and doing a photoshoot, to baking together, Serena and Olympia are ticking all the checklists. Most significantly, the mother-duo has wowed the social media space with their numerous twinning outfits.

The 2014 Wimbledon finalist, Eugenie Bouchard, used Serena’s latest tweet as an opportunity to ask an intriguing question. She asked Serena when she was having a second child.

Genie tweeted, “When are you having another one” with the heart eyes emoticon. The question from the Canadian might go unanswered, but fans would love to see the perfect family extend.

Serena withdrew from the Tokyo Olympics 2020 as she would’ve had to travel without Olympia as per the rigid restrictions.

Nevertheless, the American professional is passionately working towards her first Grand Slam title as a mom.

“I can’t imagine doing it without you”: Venus Sends Heartfelt Message To Her Sister, Serena