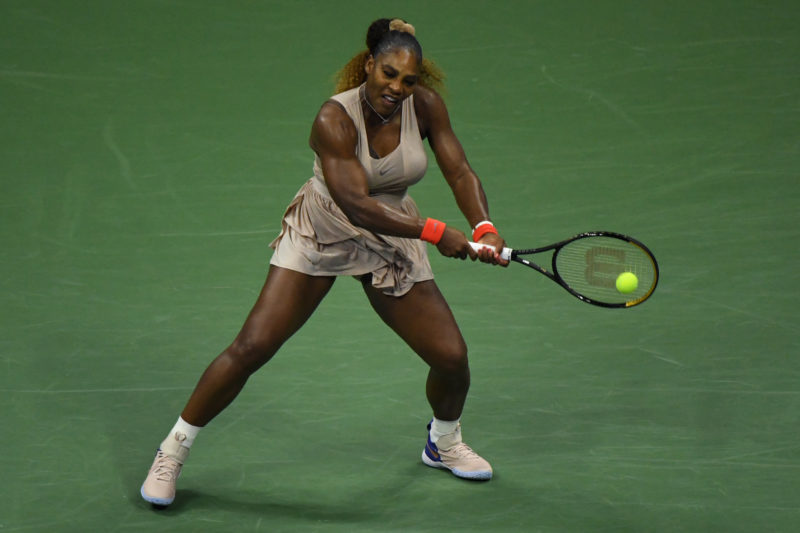 Victoria Azarenka stopped Serena Williams short of winning her 24th Grand Slam title. However, the American still has an impressive number of records to her name. Serena had recently appeared on a talk show, hosted by Zina Garrison and Chanda Rubin, where she answered questions related to tennis and her life

One question particularly encapsulated her personal and professional life. She was asked how she would narrate her first Major win to her daughter Olympia. The 23-time Grand Slam winner had no definite answer but she tried to express what she had felt at the time.

“I just knew I was gonna win that year and I can’t explain it, I knew before I got there. I told myself, I was gonna win. It was my time and I just felt it. I was like I’m gonna win everything leading up to that. Remember I didn’t play San Diego that year but I remember being there with Venus. I may have played doubles there and I think I may have won Los Angeles,” she said.

“I just remember thinking this is because I finally beat Martina Hingis. She would beat me three times, then I was gonna beat her three times in a row. The US Open was the second or third win in a row. Everything is stacked for me to win this in the final. Just in general like going into the tournament, I just had this from day 1 I had this sixth feeling that I was gonna win. It’s just weird.”

I am going to tell her all these to build her self confidence and that there is nothing she cannot do or achieve.

Naomi Osaka: ‘I thought it would be embarrassing to lose in under an hour, I had a very bad attitude