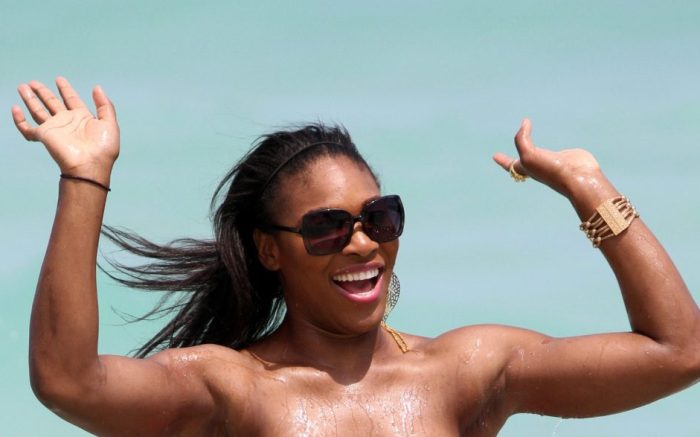 Serena Williams showed off her sculpted figure in the most recent update that she shared on her Instagram feed. The tennis superstar posted the image on January 21.

Her look included a dark blue bra. The piece featured a pair of thick straps that hugged her shoulders tightly. The bottom hemline cut off near her ribs, while its short cut teased of her midsection.

Serena’s muscular arms, which have been the result of her legendary tennis career, were also on display. The front of the garment was visible in the mirror and its scoop neckline revealed her bare collar.

She teamed the bra with a pair of tight leggings that boasted the same tight fit. 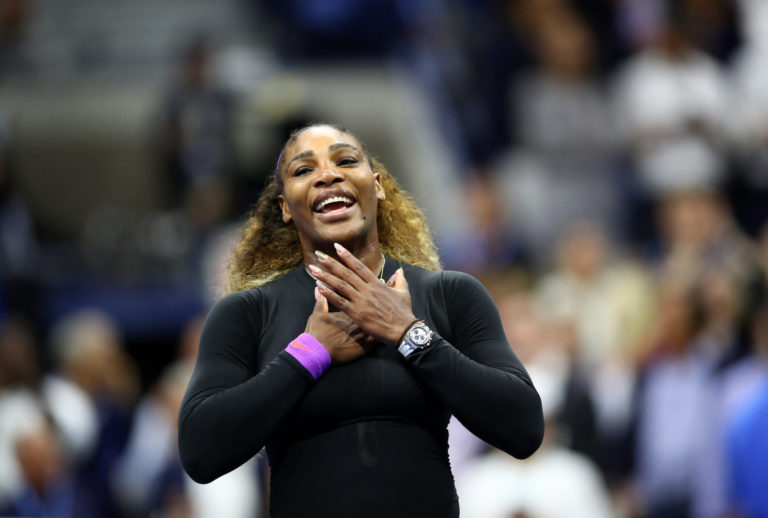 NEW YORK, NEW YORK – SEPTEMBER 05: Serena Williams of the United States shows her emotion to the crowd after winning her Women’s Singles semi-final match against Elina Svitolina of the Ukraine on day eleven of the 2019 US Open at the USTA Billie Jean King National Tennis Center on September 05, 2019 in the Queens borough of New York City. (Photo by Clive Brunskill/Getty Images)

The sporty-chic pants had a high waistband that fit snugly around her midsection. The piece’s thin fabric showed off her shapely thighs. Her gym look was completed with a pair of black sneakers that had matching laces. The soles of the shoes were outlined in blue, adding another pop of color to her attire.

Serena wore her curly tresses down and they tumbled over her shoulder and back. She kept her accessories to a minimum, wearing only a small black watch on her wrist.

Serena’s latest update has been rewarded with more than 263,000 likes and 3,000 comments. Most social media users were quick to applaud her athletic physique while a few more were left speechless and used emoji instead of words.

“You are soooo beautiful. Just when I thoguht you couldn’t get any hotter you smack us with this,” one follower wrote.

“That’s a wrap folks. Look back at it. I love you bebe,” a second social media user chimed in.

Related Topics:Australian OpenSerena Williams
Up Next